US senator 'disturbed' by India's clampdown in occupied Kashmir 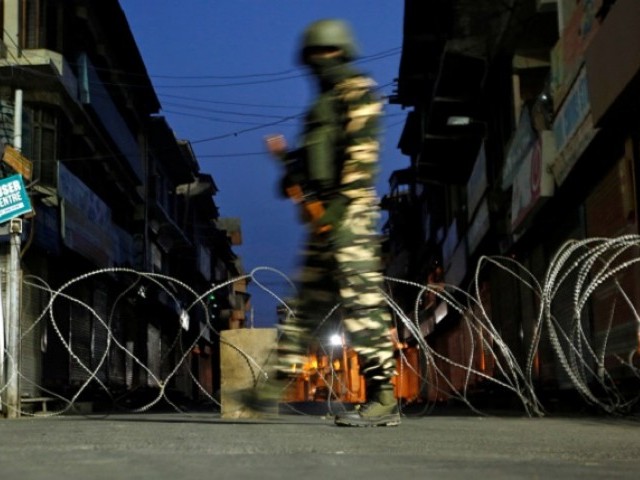 Mark Robert Warner, the co-chair of the United States Senate’s India Caucus, has become the latest American politician to speak out against the barbaric clampdown imposed by New Delhi in Indian Occupied Kashmir (IOK).

In a tweet late on Thursday night, Warner said he was “disturbed” by the restrictions on communications and movement imposed by the Narendra Modi-led government after revoking the occupied region’s special status.

He called on the world’s largest democracy to “live up to its democratic principles by allowing freedom of press, information and political participation.”

In the two months since India scrapped Article 370 which granted special autonomy to IOK, the Modi government has been widely censured for imposing a complete information and communications blackout in the occupied valley. While Indian media insists the situation in the occupied region is ‘normal’, international media and organisations have reported grave human rights violations, including arrests and enforced disappearances of children and political leaders. They have also exposed the underreporting of deaths of Kashmiris killed by the occupying Indian forces. Earlier this month, US Senator Chris Van Hollen was denied permission to visit the occupied region. “If the Indian government has nothing to hide, they should not worry about people visiting Kashmir and witnessing the situation with their own eyes,” emphasised the senator. Van Hollen is one of nearly 50 members of a bipartisan group of US senators, who have urged President Donald Trump to immediately intervene and persuade Modi to lift the curfew and end the communication blockade in IOK. Presidential candidates Bernie Sanders and Kamala Harris have also highlighted the humanitarian crisis in IOK, while the US Senate Committee on Foreign Relations has also asked New Delhi to lift the curfew and release detainees.