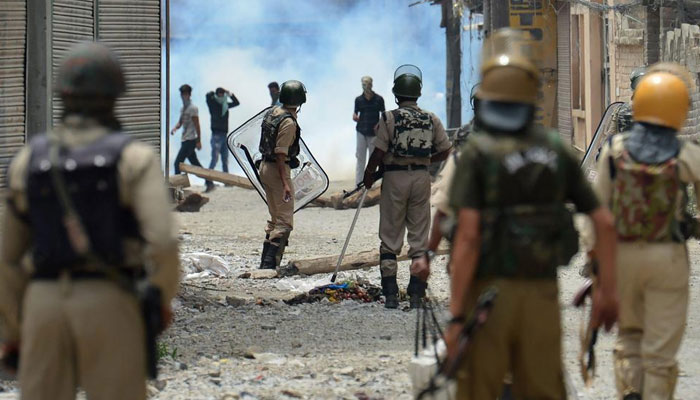 In its third commutation India since it imposed a lockdown  in Occupied Kashmir, the United Nations Special Rapporteurs expressed serious concerns over the human rights conditions in the region.

"We have serious concerns over the human rights conditions in occupied Kashmir," the rapporteurs said, adding that extrajudicial killings, imprisonment, torture, and abuse by Indian forces are matters of grave concern. The UN demanded that India conduct an unbiased probe into the atrocities committed against Kashmiris. "Prosecute those responsible for the killing, torturing, and abusing Kashmiris," it said.

"The United Nations has sent three memoranda to India since August 5 [...] unfortunately, India has not responded to any of them," it added.

The UN should intervene and halt the process of amending the proportion of the region's population, Mazari said, noting t Mazari noted that UNHCR has issued two reports on the situation in the valley and that the reports had expressed serious concerns about the human rights situation in India-occupied Kashmir. She said that the recent photograph of a three-year-old child crying over the dead body of his grandfather in Sopore reflects continued Indian barbarism.

"India violated the Geneva Convention by allotting domicile to 25,000 non-Kashmiris," the letter added. On August 5, 2019, the Indian government had unilaterally imposed a decision to unlawfully annex occupied Kashmir into India. This was in part fulfillment of the longstanding promise by the BJP in previous elections. Now, the Indian authorities have notified new rules permitting all those who have lived in occupied Kashmir for 15 years or studied there for seven years to apply for a domicile.