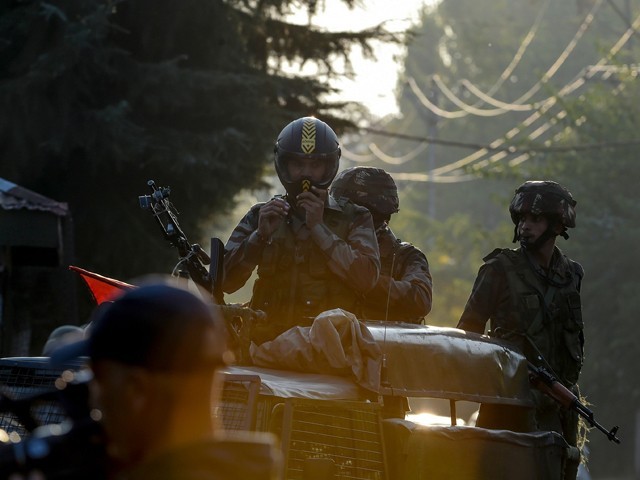 The UN High Commission for Human Rights (UNHCHR) said on Tuesday that it was “extremely concerned” over gross violation of human rights in Indian Occupied Kashmir (IOK). “We urge the Indian authorities to unlock the situation and fully restore the rights that are currently being denied,” it said in a statement. Amid allegations of torture and unconfirmed reports of at least six dead civilians, it said major political decisions about the region had been taken without the “participation of the affected population”. Twelve weeks ago, on August 5, the government of Prime Minister Narendra Modi revoked constitutional provisions granting partial autonomy to the India’s only Muslim-majority region and attempted to bifurcate it in two and merge them as Union Territories. At the same time, very restrictive measures were imposed and their impact on human rights continues to be widely felt.

The undeclared curfew imposed by the authorities in the region is preventing the free movement of people, as well as hampering their ability to exercise their right to peaceful assembly, and restricting their rights to health, education and freedom of religion and belief, said the UN body on human rights. It also assailed the Indian government over excessive use of force including the use of pellet-firing shotguns, tear gas and rubber bullets by its security forces during sporadic protests, with unconfirmed reports of at least six civilian killings and scores of serious injuries in separate incidents since August 5.

Hundreds of political and civil society leaders, including three former chief ministers of occupied Jammu and Kashmir, have been detained, the statement read, adding that, “We have also received a number of allegations of torture and ill-treatment of people held in detention. These must be independently and impartially investigated. Torture is totally and unequivocally prohibited under international law.” The rights watchdog also expressed concerns over communication and media restrictions, saying despite partial restoration of landline and mobile phone, all internet services remain blocked in the occupied valley. “Media outlets continue to face undue restrictions, with at least four local journalists allegedly arrested in the past three months,” it added. It also criticised the Supreme Court of India over its slow pace to deal with petitions concerning habeas corpus, freedom of movement and media restrictions. “The Jammu and Kashmir State Human Rights Commission, the State Information Commission (which implements the right-to-information laws) and the State Commission for Protection of Women and Child Rights are among key institutions being wound up, with the new bodies to replace them yet to be established.” The UNHCHR further said that major political decisions about the future status of occupied Jammu and Kashmir have been taken without the consent, deliberation or active and informed participation of the affected population. “Their leaders are detained, their capacity to be informed has been badly restricted, and their right to freedom of expression and to political participation has been undermined.”