The Neglected Kashmir Calls For Attention 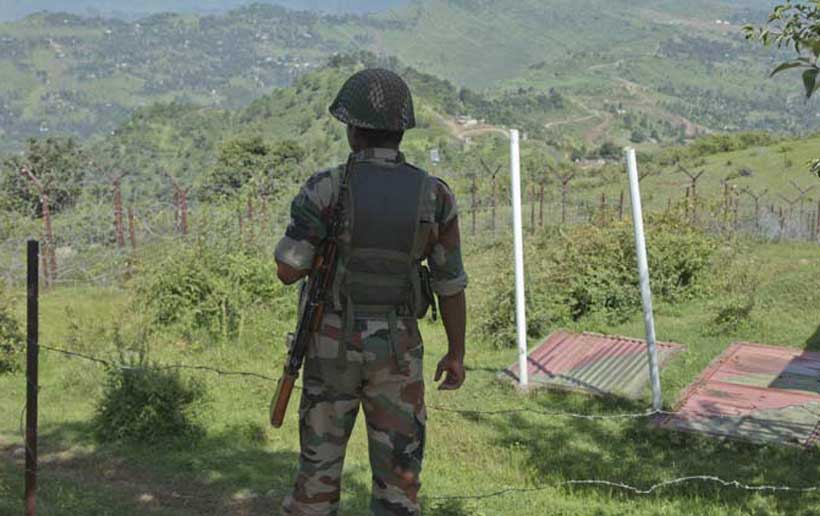 The modern-day Kashmir conflict, having roots in the partition of the Indian subcontinent, is the oldest unresolved conflict in the history of United Nations. Nevertheless, apart from being a political impasse between the two nuclear armed South Asian neighbors, it is a case of occupation, outright injustice, human rights violations not to say of international community’s sheer neglect.

From the 1947’s revolt of the native Muslim cultivators in Poonch (now part of Azad Kashmir) against the Dogra Rajput landowners and their anti-Muslim policies to today, where the youth of Kashmir valley fights the occupier state of India, the struggle for the freedom of Kashmir continues.

Kashmir had been recognized by the United Nations as an international dispute that required a settlement under its supervision. The right to self-determination, the cardinal principle of International law and an overarching principle of International Covenant on Civil and Political Rights (ICCPR) had been approved, yet denied to the people of Indian Occupied Kashmir (IOK) for more than seven decades.Despite being authorized by the United Nations Charter, granted under several UNSC Resolutions, andassured by none other than Indian founding father, Jawahar Lal Nehru; the plebiscite that would allow Kashmiris to decide their political fate could never be conducted because of ever changing Indian stance.

The state of India cunningly avoided carrying out the plebiscite by manipulating the debates in United Nations as it never intended to conduct a referendum in an environment that could lead to IOK getting away from Indian occupation.The Muslim majority population in the state substantively increased the prospects of Kashmir joining Pakistan as it was the very spirit upon which partition of Indian subcontinent was conducted. However, it would no longer be the case if the current Indian administration manages to get away with its new discriminatory legislations and subsequent strategies in occupied Kashmir.

In August last year, India defying its own constitution as well as defying UN resolutions and bilateral agreements with Pakistan,instigated a new era of assault on the Kashmiri identity and freedom. On August 5, 2019 the current Indian government of BJP, ill-famed for its Hindutva driven political agenda, abrogated article 370 and 35 A which served as the Kashmiri people’s last legal defence against the Indian occupation.Continuing with its hegemonic designs, India also illegally bifurcated the disputed territory into two union territories separating the region of Ladakh from the Indian occupied state of Jammu and Kashmir.Additionally, it turned the state into world’s largest prison by putting it under a strict military and communication clampdown

The Indian state terrorism is nothing new to the Kashmiris and their liberation struggle. The draconian laws like Jammu and Kashmir Public Safety Act or the Armed Forces Special Powers Act had given Indian state a license to carry out grave humanitarian violations against innocent Kashmiris to silence the call for freedom. Arbitrary detentions, extra judicial killings, fake encounters, pellet gun injuries, sexual violence are few of the many mayhems people of IOK had suffered from at the hands of Indian state. Nevertheless, the revocation of Article 370 and 35 A wereanalogues to destroying the political identity of Kashmiris and quashingtheir last hope to justice.

Article 370 and 35 A had been incorporated in Indian constitution to define and protect the transitional relationship of the state of Kashmir with its temporary administrator India. Apart from limiting the powers of Indian federation in states and granting it the special status, these provisions protected Kashmiris from being a minority in their own state. It served to maintain the status quo until the final resolution of the conflict took place through a UN mandated plebiscite which would grant Kashmiris the option to choose the future of their state.

While India received international community’s admonition for its blatant human rights violations post August 5 revocation, the fact that it was violating bilateral treaties and UN resolutions was met with a diffused response from international community. This served to bolster India’s nefarious aims to annex Kashmir once and for all.

The COVID-19 pandemic yet again provided Indian state with an excellent opportunity to advance its occupation in the Indian held Kashmir (IHK). As the world grapples with the pandemic, the Indian government is exploiting the diffused international attention to distort thegeographical and demographic dynamics of the Kashmir conflict. It is all set to quash the freedom hopes of Kashmiri by stealing the Kashmiri/Muslim mandate of the people and suspending the pro-Kashmiri voices. It is promulgating the unjust legislations like the J&K Reorganization (Adaptation of State Laws) Order and the J&K Grant of Domicile Certificate (Procedure) Rules. These laws only serve to structurally alter the Muslim demographic outlook of the state. The people of Kashmir (masses and the political parties alike) however have rejected Indian nefarious designs to bring demographic change and called upon the global community to wake up to their plight. The Indian government has also amplified its crackdown upon pro-freedom groups amidst the pandemic, fostering a newround of anti-India protests and clashesdespite the coronavirus lockdown. Tensions at the Line of Control (LOC) have also heightened since the month of Aprilas Pakistan accused India of unrelenting and unprovoked cease fire violations.

These developments are undoubtedly a recipe for disaster. The recent death of George Floyd and the riots and violence that followed is yet another illustration that systemic marginalization and oppression cannot go unnoticed in the longer run.This subjugation of Kashmiris is only going to further broil up the socio-political landscape of Kashmir.Furthermore, it will also impact the strategic stability of South Asia as this unilateral alteration of the status quo in Kashmir by India will eventually force Pakistan to up the ante. Pakistan’s elicited response of degrading its diplomatic and trade ties with India exhibited it serious concern regarding the state of affairs. Hence, it is imperative for international community, particularly the United Nations to intervene in Indian occupied Kashmir on humanitarian grounds as well as under its responsibility to maintain peace and order.