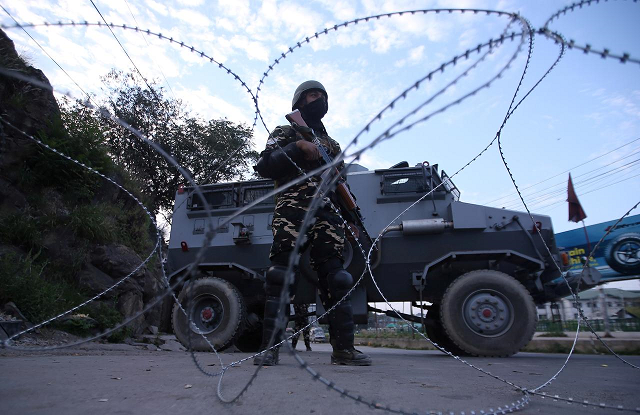 TEK President Raja Fahim Kayani said that India under Modi is using the COVID-19 pandemic to intensify its crackdown in Kashmir. In the disguise of COVID-19 Indian occupational forces have started target killing of youngster in IOJ&K, which is a grave human rights violation, and Indian tactic to stop Kashmiri brave youth from the demand of Right to Self Determination. While addressing the conference Mejbel Al Shrika said that in this digital world with the presence of social media and internet the world has now come to know about the atrocities, persecution and suppression of Muslims in IOJK and India. It is very heartwrenching how Muslims are being religiously profiled during this COVID-19 pandemic. Phil Bennion while addressing the conference said: “during my last speech at EU I mentioned What Modi govt was up to in Kashmir, and I also mentioned that Modi Govt is going towards Fascism.” AJK PM assails UK Labour Party chief for pro-India remarks

Altaf Ahmed Bhat said that to stop Dissent and Criticism India is intimidating, harassing, and arresting numerous Journalists, Activists and students through the use of repressive laws such as UAPA, PSA. Dr Farhan Mujahid Chak said Indian forces killed 33 people in just one month. India has proved to be a desperate fascist state with forcing total extremism in IOJK.

Soraya Boyd said while Article 19 of the Indian Constitution provides freedom of speech and expression, the journalists in IOJK are being harassed and booked under illegal laws. Clair Bidwell said that it is high time UN and international community must take serious note of violations of international law, UN resolutions, and pressurise India to resolve Kashmir dispute as per the aspirations of Kashmiris and UN resolutions. Parwaz Hussain said world must wake up and raise voice for besieged Kashmiri people by initiating practical steps.