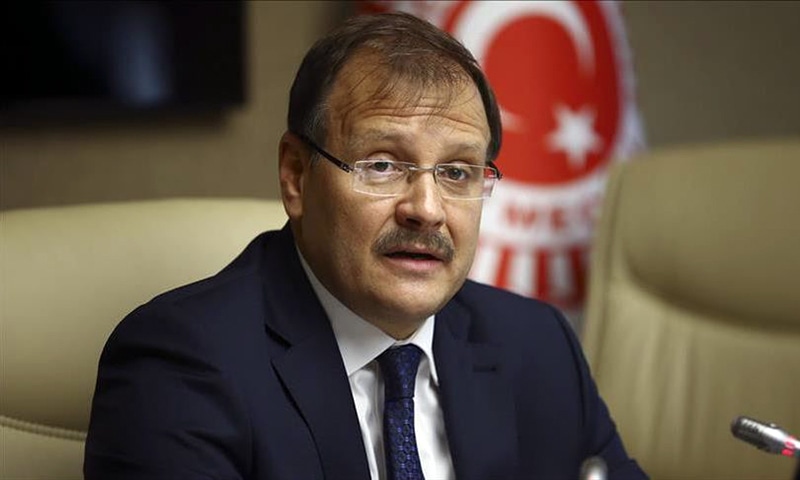 A senior Turkish lawmaker on Tuesday called on the Indian government to end the worsening human rights violations in occupied Kashmir "as immediately as possible". "Human right violations have shown a massive increase in Jammu and Kashmir since August 5, 2019," Hakan Cavusoglu, the head of parliament's Human Rights Commission, said in a statement.

Cavusoglu mentioned how thousands of troops were deployed to the region in early August before India made the sudden, unprecedented move of revoking the region’s special status. Indian-occupied Kashmir has been facing a communications blackout since Aug 5, when New Delhi stripped the disputed region of special provisions guaranteed by the Indian constitution. "I call on the Indian government to end the human rights violations in Jammu and Kashmir as immediately as possible," the lawmaker said. Cavusoglu said the recent incidents in the region "turned Kashmir into one of the most sensitive regions in the world".

From 1954 until Aug 5, 2019, Kashmir enjoyed a special status under the Indian constitution which allowed it to enact its own laws. The provisions also protected the region's citizenship law, which barred outsiders from settling in and owning land in the territory. After New Delhi's move of scrapping Kashmir's special autonomy, it has been under a near-complete lockdown.

Several rights groups including Human Rights Watch and Amnesty International have repeatedly called on India to lift restrictions and release political detainees. Indian authorities claim that daytime restrictions have been lifted in 90 per cent of the region.