Seminar Held Against Indian Atrocities In IOK, Urges UN To Implement Its Resolutions On Kashmir 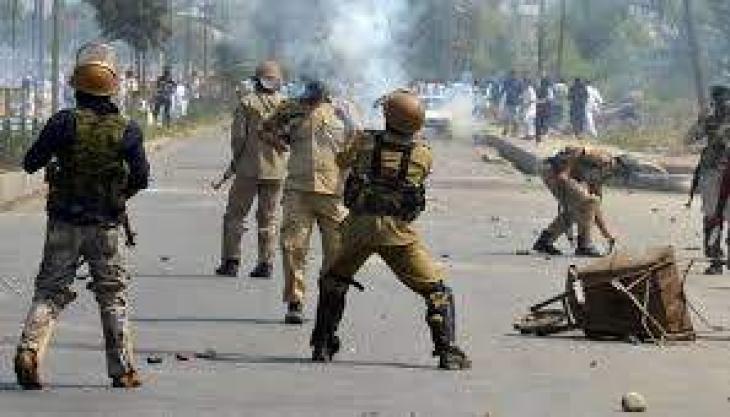 Speakers at a seminar strongly condemned continued atrocities and human rights violations in Indian Occupied Kashmir (IoK) and demanded UN Security Council (UNSC) to implement its resolutions on Kashmir, which has put peace in the region at stake.

The seminar was organized by district administration Kohistan in connection with the upcoming Kashmir Solidarity Day to be observed on Wednesday across the country including Khyber Pakthunkhwa where people from all walks of life would reiterate moral, political and diplomatic support to the brethren and sisters of IoK in their just struggle for self-determination from Indian yoke. The seminar was held under the supervision of Assistant Commissioner Dasu Kohistan, Anwar Akbar Khan at conference room of Deputy Commission Office Kohistan. It was attended by people from different walks of life including politicians, former nazims, academicians, Kashmiris, intelligentsia and members of civil society besides officials of different departments. The seminar strongly condemned the revoking of special status of Kashmir by India on August 5, 2019 and demanded the UNSC to implement its resolutions on Kashmir as further delay may jeopardize people of the subcontinent. They said India went against several UN Security Council resolutions on Kashmir by revoking the special status of Kashmir on August 5, 2019 and since then the held valley has been converted into jail depriving innocent Kashmiris from all rights including liberty of speech, assembly and communication. Assistant Commissioner Dasu said road to peace in subcontinent was passing through Kashmir and resolution of this core issue was imperative for lasting peace and stability in the region. He said independence movement in IoK has entered into decisive phase and time was nearer when people of the held valley would soon get independence from Indian yoke.

He said different programs were chalked out including holding of seminars, workshops, declamation contest and symposium in connection with Kashmir Solidarity Day. They other speakers said Kashmir was jugular vein of Pakistan and it is our moral obligation to continue moral, political and diplomatic support to Kashmiris for their just struggle for self determination from Indian yoke.