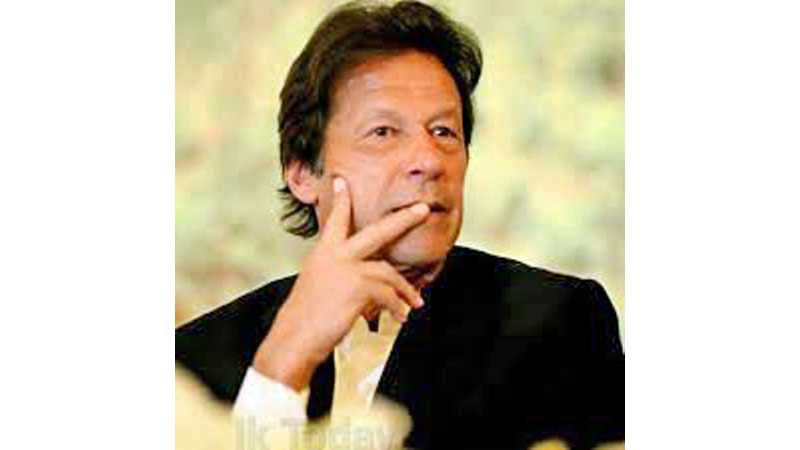 Prime Minister Imran Khan on Wednesday lamented the silence of the powerful countries over the unabated siege of Indian-held Kashmir because of their trading interests.

The prime minister on his Twitter account posted that situation in the occupied valley shows the fascist mindset of the Indian government’s RSS (Rashtriya Swayamsevak Sangh) ideology. He said the siege of the valley continues for over 100 days in which the Kashmiris have been subjected to the worst kind of human rights violations. “Shows the fascist mindset of the Indian govt’s RSS ideology that has continued the siege of IOJK for over 100 days, subjecting Kashmiris to the worst violation of their human rights while the powerful countries remain silent bec (because) of their trading interests,” he posted on his Twitter handle. The prime minister also tagged a story appearing on the Middle East Eye website, an independent online news organisation, titled ‘Indian consul general in United States calls for ‘Israeli model’ in Kashmir’.

According to the contents of the story, during a private event few days back in New York city, Sandeep Chakravorty, India’s consul-general, told Kashmiri Hindus and Indian nationals that India will build settlements modelled after Israel for the return of the Hindu population to the occupied valley. Speaking to Kashmiri Hindus, known as Pandits, Chakravorty asked those present to give the government some time to implement its plans in the occupied valley. It is also the latest incarnation of the Indian government’s goals of a settler-colonial policy for the occupied valley, which Kashmiri academics and scholars have long warned is the ultimate ambition of the Indian state. The piece of writing said Israeli-India relations has intensified since the election of Narendra Modi in 2014. “India is Israel’s biggest purchaser of arms, amounting to $1bn per year. Both India and Israel have used the spectre of Islamic ‘terror’ to justify their security policies and the need for partnership.”