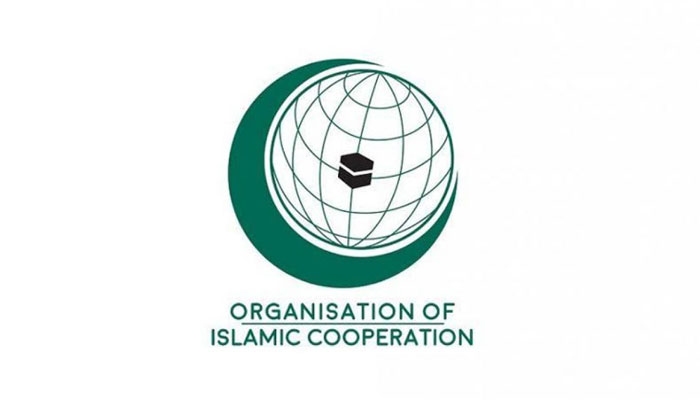 ISLAMABAD: The Organisation of Islamic Conference Contact Group on Jammu and Kashmir has called upon the OIC member states to raise the Jammu and Kashmir dispute in their bilateral engagements with India with a view to safeguarding the fundamental human rights of the Kashmiri people in the occupied territory, and ensuring expeditious implementation of the relevant UN Security Council Resolutions. The Group also affirmed that Indian actions of August 5, 2019 and new domicile rules are in complete violation of the UNSC resolutions, international laws including the 4th Geneva Conventions, and India's own solemn commitments to implement UNSC resolutions. The wording of the communiqué has been the strongest seen so far from the OIC, many of the countries which have awarded highest awards to Prime Minister Modi, while others have kept trade ties with India supreme. “It requested the OIC Secretary General to highlight the worsening situation in IOJ&K at various international fora including the United Nations and call for immediate steps for amelioration of the human rights and humanitarian situation and peaceful resolution of the Jammu & Kashmir dispute,” stated the Communiqué of the OIC Contact Group on Jammu and Kashmir Virtual Emergency Meeting held on Monday. Foreign Minister Shah Mehmood Qureshi in a statement said, “The OIC must urge India to rescind its unilateral and illegal actions since August 5, 2019, implement the relevant UNSC resolutions to hold a UN-supervised plebiscite, halt its blatant human rights violations and provide unhindered access to human rights organisations and international media to investigate and report on the situation in the occupied territory”.

He also held a telephonic conversation with Saudi Foreign Minister Prince Faisal Al Saud. Matters of mutual interest, including COVID-19 pandemic, enhanced bilateral cooperation and situation in IOJ&K were discussed, said the Foreign Office. The Emergency Virtual Meeting was held on Pakistan’s call, to take up the worsening situation in Indian Occupied Jammu and Kashmir (IOJ&K). The meeting was chaired by OIC Secretary General, Dr Yousaf Al-Othaimeen, and Qureshi apprised the participants of the prevailing situation in IOJ&K and briefed them on various aspects of the issue. The communiqué rejected the newly-notified “Jammu & Kashmir Reorganisation Order 2020” and “Jammu & Kashmir Grant of Domicile Certificate Rules 2020” aimed at changing the demographic structure of IOJ&K.

It affirmed that any so-called political process held under foreign occupation cannot substitute the exercise of the right to self-determination by the people of Jammu & Kashmir as provided for in relevant UNSC resolutions. The OIC emphasised that the question of Kashmir is of utmost importance for Muslim Ummah and requested the General Secretariat and OIC affiliated and specialised institutions and subsidiary organs, to take necessary measures to ensure implementation of UN resolutions on Jammu & Kashmir. The ministerial meeting also took note of the recent developments and expressed deep concern over the worsening human rights and humanitarian situation in IOJ&K since India's illegal and unilateral actions of August 5, 2019 It welcomed the statement issued by the UN Secretary General on August 8, 2019 affirming that the position of the United Nations on Jammu & Kashmir region is governed by the UN Charter and applicable UN Security Council Resolutions, and the statement issued by the Office of the UN High Commissioner for Human Rights (OHCHR) on October 29, 2019 expressing extreme concern over the worsening human rights situation in IOJ&K.

It also welcomed the UN Security Council meetings of August 16, 2019 and January 15, 2020 considering the situation arising from India's actions as well. Open discussion of the OIC-IPHRC under its "Standing Mechanism to Monitor Human Rights Situation in Indian Occupied Kashmir” during its 16th Regular Session on November 25, 2019 that, inter alia, strongly condemned the continued human rights violations in IOJ&K. The Group also welcomed the two reports issued by the UN OHCHR in June 2018 and July 2019 comprehensively documenting the gross and systematic violations of human rights in IOJ&K. It further welcomed the role played by world leaders, parliamentarians, human rights organisations and international media, in raising their voices against Indian occupation and atrocities in IOJ&K.

The OIC deplored the extended, months long, lockdown of the Kashmiri people and communications blackout since August 5, 2019, and suppression of Kashmiris through arbitrary detentions, fake “encounters," so-called "cordon-and-search" operations designed to inflict collective punishment on entire neighbourhoods, and indiscriminate use of force, including use of pellet guns, against unarmed Kashmiri protestors. It expressed concern over India's intensified ceasefire violations on the Line of Control (LoC), resulting in deaths and injuries to civilian population particularly women and children. It deplored that India has callously exploited the current COVID-19 crisis to intensify its military crackdown and further advance its unlawful occupation in Jammu and Kashmir, which may have an impact on the spread of pandemic.

Regretted that India has not allowed the OIC, IPHRC and UN Fact Finding Missions to Visit IOJ&K. Reaffirmed the unanimously adopted Communiqué on Jammu & Kashmir by the OIC Contact Group Ministerial meeting on the sidelines of the 74th UNGA session in September 2019. The ministerial meeting reaffirmed the OIC position and resolutions on the Jammu & Kashmir dispute. Further reaffirmed its support for the legitimate struggle of the Kashmiri people for realisation of their inalienable right to self-determination and freedom from Indian occupation.

• rescind its unilateral and illegal actions, and allow the Kashmiri people to freely exercise their right to self-determination through UN-supervised plebiscite; halt its human rights violations, stop indiscriminate use of force including the use of pellet guns, lift the unabated military siege and inhuman lockdown, repeal its draconian emergency laws, allow exercise of fundamental freedoms, and release all illegal detainees;

• stop any moves towards changing the demographic structure of IOJ&K, as they are illegal and in violation of international law, particularly the 4th Geneva Convention;

• agree to the call made in the OHCHR's report to establish a Commission of Inquiry to conduct comprehensive, independent, international investigations into human rights violations in IoJK. Requested the office of UN OHCHR to continue to monitor the situation of human rights in IOJ&K with a view to continuing reporting on the matter. Requested the OIC Secretary-General to direct the Humanitarian Department at the General Secretariat to examine and analyse the egregious violations of international human rights and humanitarian standards in the deepening crisis in IOJ&K - with particular reference to the COVID-19 pandemic - with a view to evolving ways and means to address its gravity and adverse impact on the lives and livelihoods of Kashmiri people in IOJ&K.