ISLAMABAD: The Organisation of Islamic Cooperation (OIC) was very concerned about the ongoing situation in occupied Kashmir, its Special Envoy for Jammu and Kashmir, Yousef alDobeay, said Tuesday. 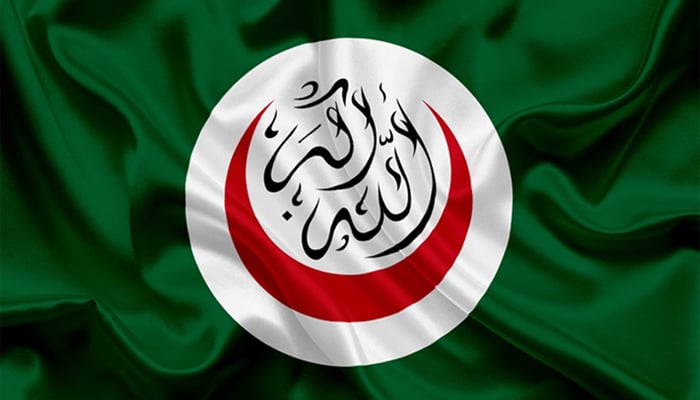 A day earlier, an OIC delegation — led by alDobeay — came to Pakistan and was expected to visit the Line of Control (LoC) tomorrow, Wednesday, to obtain first-hand knowledge about the loss of lives and property caused by the indiscriminate firing of Indian forces. Addressing a press conference alongside Foreign Minister Shah Mehmood Qureshi, he said: "The OIC fully supports the issue of Jammu and Kashmir. We reaffirm that all of our member states are supporting this issue so that they [Kashmiris] can get the right of self-determination. "Pakistan has shown the world that it is a peaceful state by using diplomatic tactics in the [recent] situations," he added.

"Tomorrow we will visit Jammu and Kashmir so that we can see the on-ground situation and then we will visit the Line of Control (LoC), he said, adding that after the visit we " will present a detailed report in the OIC [meeting]." He informed the press conference that he was appointed as the special envoy last year in Ramazan and has since then seen Pakistan play an active and crucial role regarding Kashmir.

'Small glimpse'
"If I see myself as a journalist, then I will ask a question to myself that how important is the matter of occupied Kashmir to the OIC and this is a common question, and I will reply: "We keep this issue on the top of our agenda just like the Palestinian conflict. "Pakistan is an active member of the OIC after India revoked Kashmir’s special status on August 5 last year. Pakistan immediately requested to call a summit," he said.

"We did call a summit and there we showed solidarity with Pakistan," he noted, adding that "The OIC's Kashmir office is the most active as compared to others, it is playing an active role because of Pakistan." "The office calls a meeting twice a year, once in Jeddah and the other in New York."

On the other hand, FM Qureshi added that Pakistan was trying its best to solve the Kashmir issues without violence and that the war was not in favour of the region. "How can this issue affect the region, we saw a small glimpse of it in February last year," he said. Referring to United Nations Secretary-General Antonio Guterres' recent visit, he said: "The UNSG visited Pakistan and all of us benefited from his comments. He expressed concerns over the human rights violations happening there. He has brought the Kashmir issue to the world’s attention."

'Steadfast support'
On Monday, the Foreign Office said that a six-member delegation of the OIC arrived in Islamabad to visit Azad Jammu and Kashmir and the Line of Control. In a post on Twitter, Foreign Office Spokesperson Aisha Farooqui had said a team lead by alDobeay would be in Pakistan from March 2-6. It would visit the LoC to get firsthand knowledge about the loss of lives and property caused by the Indian forces' indiscriminate firing, she had added. "#OIC has extended its steadfast support to the Kashmiri people in their just struggle for the inalienable right to self-determination. The Kashmiris and the people of #Pakistan value OIC’s role in espousing the cause of J&K at the international level," she had written. Last year, OIC's Independent Permanent Human Rights Commission (IPHRC) condemned New Delhi for its ongoing human rights violations in Indian occupied Kashmir (IoK), and said the systematic violations have a well-defined pattern that tantamount to ethnic cleansing and genocide of Kashmiris.