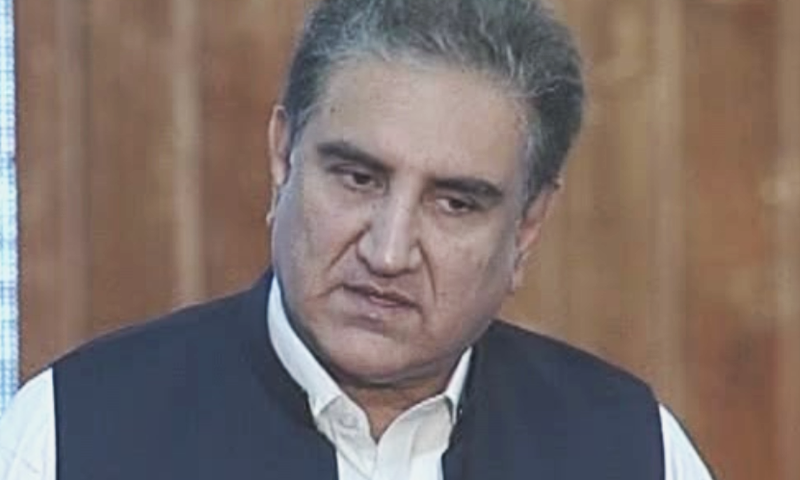 ISLAMABAD: The participants of a national parliamentary Kashmir conference on Wednesday unanimously adopted a declaration demanding formation of an independent inquiry commission by the United Nations to investigate blatant human rights violations in India-held Kashmir and fix responsibility.

The Islamabad declaration adopted at the conclusion of the day-long conference bringing together lawmakers from across the country expressed serious concern over the blatant human rights violations and atrocities against the people of held Kashmir and underlined the need for implementation of the universal declaration on human rights.

The declaration was read out by Senate Chairman Mohammad Sadiq Sanjrani.

It was resolved that Pakistan would continue unconditionally supporting Kashmiris’ movement to achieve their right to self-determination. The declaration rejected as violation of the international law and UN Security Council resolutions the unilateral and unconstitutional steps taken by India.

The participants through the declaration condemned sexual excesses, arrests, kidnappings and crimes against humanity at the hands of Indian occupation troops. They also expressed their alarm over difficulties being faced by eight million under-siege and curfew-hit people of held Kashmir.

The declaration also condemned house arrest of the Kashmiri leadership and the shelling and use of cluster bombs by Indian forces along the Line of Control (LoC), which has led to loss of life in Azad Kashmir and poses a serious threat to world peace.

It also urged the international community, inter-parliamentary union, the Commonwealth, parliaments of the world and other international organisations to take notice of illegal steps already taken or being taken by India.

It said India should be forced to reverse these steps under which human rights violations and state terrorism had been promoted in held Kashmir. It demanded lifting of curfew, restoration of communication system and release of political prisoners.

It also demanded that international human rights organisations and media be given access to India-held Kashmir. India was urged to recognise Kashmiris’ right to self-determination and fulfil its promises under relevant UN Security Council resolutions.

Earlier, while speaking at the conference, the participants lambasted the Indian prime minister for taking steps that seriously threaten regional peace and urged the international community to play its role in halting brutalities in held Kashmir before it was too late.

They described revocation of Article 370 of the Indian Constitution by the Modi government as a strategic blunder, saying the move, followed by curfew and brutal crackdown, had brought two South Asian nuclear-armed nations face to face. They said bellicose statements emanating from New Delhi were adding fuel to the fire.

Speaking on the occasion, President Dr Arif Alvi said the step taken by India on Aug 5 was unconstitutional, illegal, immoral and inhuman. He said Nehru had gone to the United Nations and promised that the Kashmir issue would be resolved through a plebiscite.

Dr Alvi said the Modi government in India had ignited a dangerous fire and warned that what was going to happen in India would affect world peace as well.

He challenged Mr Modi to arrange a rally in Srinagar as big as Prime Minister Imran Khan addressed in Muzaffarabad.

He said a confused India had downed its own helicopter by missile fire after the Pulwama incident. Describing India as an irresponsible nuclear power, he said New Delhi’s hand on the nuclear button was a threat to world peace.

Foreign Minister Shah Mehmood Qureshi in his address urged political parties to rise above their political differences and speak with one voice in support of the oppressed Kashmiri people at this critical juncture.

Mr Qureshi said the Modi government had “Akhand Bharat” mindset and the gravity of the situation demanded sanity on Pakistan’s part.

“Today’s leadership in Pakistan will not show any flexibility on the Kashmir dispute. Today we have the prime minister who will not make any compromise on the interests of Pakistan,” Mr Qureshi asserted.

Special Assistant to the Prime Minister on Information and Broadcasting Dr Firdous Ashiq Awan said the national media had played a crucial role in highlighting the Kashmir issue across the world in the aftermath of India’s Aug 5 action to convert held Jammu and Kashmir into world’s largest prison.