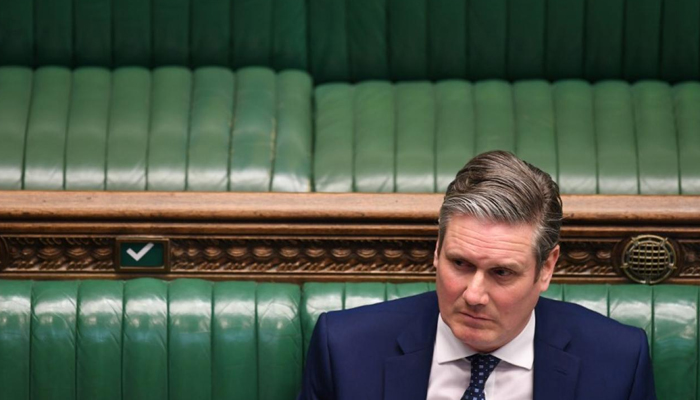 LONDON: Chairman Labour Friends of Kashmir Andrew Gwynne has told new Labour leader, Sir Keir Starmer, that the nearly one-million strong British Kashmiri community is anguished after his controversial comments on the issue of India-occupied Kashmir. In a letter to the leader of the opposition in the British parliament, the chairman has made references to a meeting between Starmer and the executive team of the Labour Friends of India (LFIN) where Starmer said that Kashmir is solely a bilateral matter between India and Pakistan.

Gwynne reminded the Labour leader that the Kashmir dispute is the subject of over a dozen outstanding United Nations Security Council (UNSC) resolutions which grants Kashmiris the right to self-determination through “a free and impartial plebiscite”. “It is a matter of international law, of which the United Kingdom has a specific interest at seeing the matter properly resolved within the terms of the UNSC resolutions (both as a permanent member of the UN Security Council, and as the former colonial power which left the status of Kashmir ambiguous upon the granting of independence to India and Pakistan)," said the MP in the letter.

“There are also very serious reports of human rights abuses, many of which have been documented by respected international human rights organisations. The Labour Party should always stand up for human rights at home and across the globe, and sadly, your letter has been interpreted by some in the Kashmiri community as condoning and legitimising these human rights abuses in Kashmir — which I know is categorically not the case, but this is how it is sadly being seen within the diaspora community here in Britain.” Gwynne drew the attention of the Labour leader towards a report by the Office of the United Nations High Commissioner for Human Rights on June 14, 2018, which noted that? “there remains an urgent need to address past and ongoing human rights violations and to deliver justice for all people in Kashmir who have been suffering from seven decades of conflict".

"Any resolution to the political situation in Kashmir should entail a commitment to ending the cycles of violence and accountability for past and current human rights violations and abuses committed by all parties and redress for victims," the report further observed. Human Rights Watch's World Report 2019 has also noted that “the government led by BJP harassed and prosecuted activists, lawyers, human rights defenders and journalists for criticising authorities [...] draconian sedation laws were used to chill free expression”. An October 2018 inquiry report by the All-Party Parliamentary Group on Kashmir (APPKG) into the human rights situation in Kashmir also raised serious questions on morality and legality of the draconian laws. Gwynne told the new Labour leader that the Labour Party has always been the voice of the poor and suppressed “and I know it will continue to be so under your leadership”.

“It has always, too, voiced support for the upholding of international law and has stood firmly for human rights and human dignity," he added. “And the Labour Party’s internationalism expects us to speak up for human rights across the globe. These rights are inviolable and sacrosanct, and, therefore, cannot be an internal matter of any single country, which is why the issue of Kasmir is an issue on which the Labour Party and the next Labour Government – which you will lead – should have a voice on this issue. Not to ‘take sides’ or to ‘divide’ communities, but to work towards a peaceful resolution to one of the world’s longest-standing injustices and to secure dignity and peace for the Kashmiri people,” said Gwyne.