India to face huge loss in case of any attack or flag operation: AJK PM warns 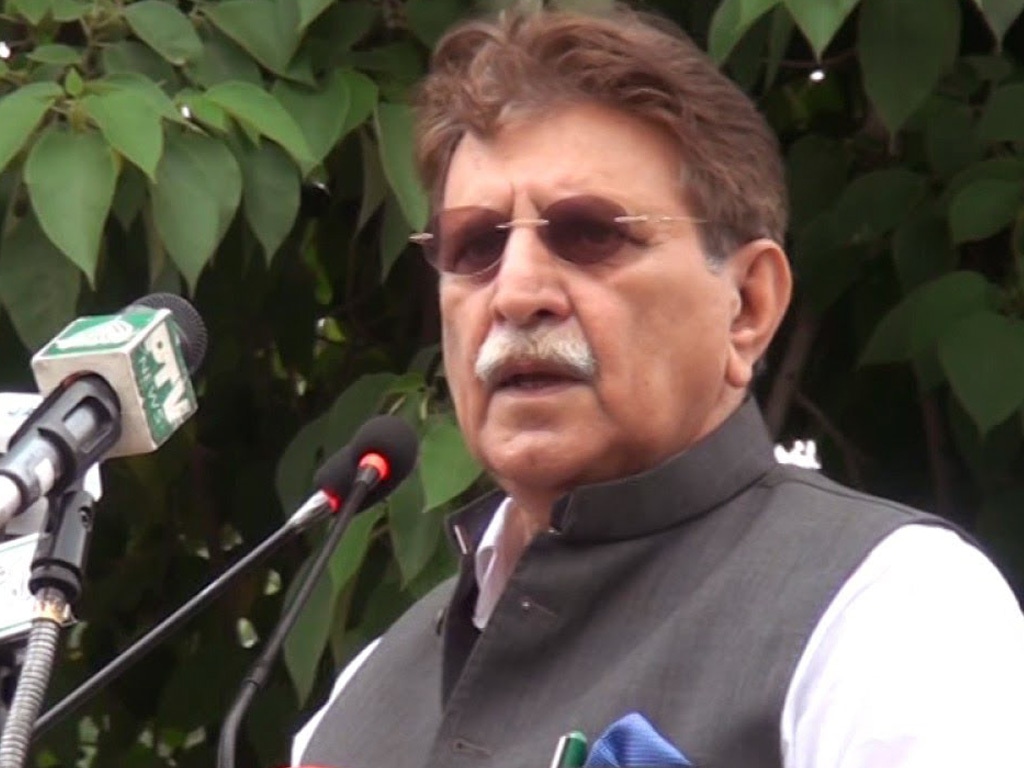 MIRPUR (AJK) - Azad Jammu and Kashmir (AJK) Prime Minister Raja Farooq Haider Khan on Sunday warned India that if it dared to attack the liberated territory, it would have to bear the huge losses and indignity at the hands of the valiant armed forces of Pakistan and the people of Azad Jammu & Kashmir. In a statement issued on Sunday, the Prime Minister said in case of any Indian misadventure or false flag operation, every single person of the AJK would fight shoulder to shoulder with their valiant armed forces to defend the motherland.

Lauding the bravery and professional capabilities of the Pak Army, he said Indian frustration is the outcome of the befitting reply given to them by the armed forces of the country for resorting unprovoked firing at the civilian population residing along the Line of Control (LoC). The AJK PM further said Indian unrelenting Line of Control violations aimed to divert the attention of international community from the deteriorating human rights situation in the Occupied Jammu and Kashmir.

“The world is well aware about the Indian motives, cheap tactics and conscious about the massive human rights abuses in the held valley.

India could no more hide its crimes against humanity in the occupied territory and mislead the world”, Haider added. Expressing grave concern over the unavailability of necessary medical treatment facilities to the coronavirus victims in the IOJ&K, the Prime Minister said India is intentionally depriving Kashmiris from such services and taking undue advantage of the COVID-19, targeting youth in the fake encounters. He urged the United Nations (UN) to take serious and immediate note of Indian nefarious designs and its forces’ atrocities in the occupied valley and Line of Control violations. Raja Farooq Haider Khan condoled with the family of martyred women in Indian unprovoked firing and directed the administration to provide best medical facilities to the injured.