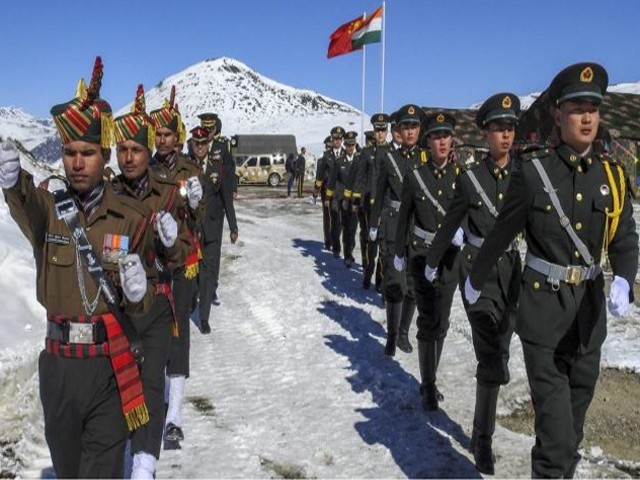 India’s unilateral move to change the status quo of Kashmir constitutes a serious threat to regional peace and stability, Dr Wang Shida, Deputy Director of Institute of South Asian Studies at the China Institutes of Contemporary International Relations (CICIR), has stated in his article published by China Economic Net (CEN).vIndia has, since last August, taken constant actions to unilaterally change the status quo of Kashmir and continued to exacerbate regional tensions, wrote the Chinese scholar.vOn August 5 last year, the Indian government revoked the Article 370 of the Indian Constitution that gave Jammu and Kashmir territory a special status. China at the time reacted angrily since the change also affected the status of Ladakh, which is claimed by Beijing. It also took the issue to the United Nations Security Council.

Dr Wang opined that this (changing Kashmir’s status) has posed a challenge to the sovereignty of Pakistan and China and made the India-Pakistan relations and China-India relations more complex.

“For Pakistan, the ownership of Kashmir is a matter of the very foundation for building Pakistan. The country was founded as “the home of Muslims in South Asia” and Kashmir is an area with a majority Muslim population, so Pakistani side believes Kashmir is supposed to be a part of its territory. The whole of Pakistan was seething with anger over India’s unilateral move to change the status quo of Indian Occupied Kashmir. The Indian and Pakistani troops made separate platoon deployment near the Line of Control (LoC), with the high-intensity confrontation lasting until now,” the article stated.vAccording to Dr Wang, the Pakistani authorities, meanwhile, made frequent requests to the international community to keep a close watch and intervene in the Kashmir issue. More specifically, they accused the Indian authorities of massive human rights violations in Indian Occupied Jammu and Kashmir (IOJ&K), which seriously affected India’s image globally.

On the Chinese side, India “opened up new territory on the map,” incorporated part of the areas under the local jurisdiction of Xinjiang and Tibet into its Ladakh union territory, and placed Pakistan’s Kashmir within its so-called union territories of Jammu and Kashmir. This forced China into the Kashmir dispute, stimulated China and Pakistan to take counter-actions on the Kashmir issue, and dramatically increased the difficulty in resolving the border issue between China and India, he opined. The article said that the State Councillor and Foreign Minister Wang Yi mentioned in his meeting with Indian Minister of External Affairs Subrahmanyam Jaishankar that India’s moves challenged China’s sovereign rights and interests and violated the agreement on maintaining peace and tranquillity in the border areas between the two countries.

Dr Wang said that India used domestic legislation to deny the UN’s designation of Kashmir as a disputed region. The world body initiated active mediation over the war between India and Pakistan due to the ownership of Kashmir in 1947 and adopted resolutions 38, 39, 47 and 51 in the year 1948 alone, followed by several other resolutions.

“The above resolutions suggest that the UN recognises Kashmir as a region with undetermined status and that Kashmir is a disputed territory recognised by the international community. India substantially changed the status of Indian Occupied Kashmir with domestic legislation and treated it as a general domestic provincial state unit. Such a unilateral move obviously violated the UN resolutions, but also altered Kashmir’s status quo.” Thus, the UN Security Council held an informal closed-door consultation on the Kashmir issue on August 16, 2019, and heard a briefing by the UN Secretariat on the situation in Kashmir and the work of the UN Military Observer Group in India and Pakistan. It was the first special meeting on Kashmir held by the UN Security Council in 50 years. UN Secretary-General Antonio Guterres said the status of Jammu and Kashmir would ultimately be settled through peaceful means in accordance with the Charter of the United Nations and therefore called upon all parties to refrain from taking steps that could affect the status of Jammu and Kashmir, the article stated.

In the article, Dr Wang quoted Pakistan’s permanent envoy in UN who said that this (UNSC) meeting fundamentally refuted India’s argument that the affairs in Jammu and Kashmir were India’s responsibility. China’s permanent representative to the UN stated that the Kashmir was an issue rooted in the history between India and Pakistan and that the relevant UN Security Council resolutions identified the status of Kashmir as undetermined and the region was internationally recognised as a disputed area, the article added. “The Kashmir issue shall be settled properly in a peaceful manner in accordance with the Charter of the United Nations, the relevant Security Council resolutions and bilateral agreements. This is the consensus of the international community. India’s constitutional amendment changed the status quo of Kashmir and triggered regional tensions. The Chinese side was seriously concerned about Kashmir’s situation, and therefore it was opposed to any unilateral action that would complicate matters.”

Declaring that India’s attempt to seize territory by force will be in vain, Wang Shida remarked that the arbitrary manner in which the Indian authorities have coped with a serious of major issues including territorial disputes in recent years revealed that the Hindu nationalism is prevalent in India and that the Indian authorities and the strategic community have been blinded by so-called “double confidence.”

“On one hand, from 2014 to 2019, the Bharatiya Janata Party (BJP) won a parliamentary majority twice in a row, which ended the hung parliament situation of “minority parliament” in the Indian politics for decades, made its domestic political position unprecedentedly consolidated and caused the traditional party, the Indian National Congress, to lose its cohesion and rallying point.”

Dr Wang noted that the left-wing political party, once a third political force after BJP and the Indian National Congress, was in a slump throughout the period leading up to the election. “Only the local political parties with in-depth development in the locality can hold a candle to the BJP, but it’s nearly impossible for them to catch up on a national scale. Consequently, the BJP adhering to radical Hindu nationalism gained unprecedented political confidence,” he added.

‘US turned blind eye to India’s excessive use of force’

On the other hand, the Chinese scholar said, in order to hedge against China’s remarkable socioeconomic development results, the United States and some other Western countries puffed India up from an ideological point of view, as if to say, “A man’s position determines his thinking.” Those countries disregard facts and instead sing India’s praises. Since 2017, the Trump administration of the United States has substantially adjusted its national security strategy, in the process issuing the “Indo-Pacific Strategy” to suppress China’s development momentum. To this end, India was seen as a favourite by the US, which not only drew India over to its side and praised India but also turned a blind eye to the excessive use of force and other misdeeds of the Indian authorities in Indian Occupied Kashmir. This once again stimulated India’s strategic confidence and gave it a feeling that “India’s status as a great power is determined by destiny, and other countries should only recognise it.”

Regardless of how “confident” India is and no matter how good it feels about itself, its attempts to forcibly seize territory are doomed to fail. “For example, in the First Kashmir War of 1947 India seized that Indian-held territory, but that action led to a prolonged period of military confrontations between India and Pakistan along the Line of Control. It consumed military, economic and diplomatic resources, and as a result the processes of domestic economic development and modernisation were set back,” Dr Wang remarked.

He said that the war pitted India and Pakistan against each other since their separation into independent dominion states. It is unlikely to integrate Pakistan and Afghanistan, the western region of South Asia, into its own development strategy. It is also unlikely to use South Asia as a whole as strategic support on its way toward the attainment of status as a great power.

Dr Wang hoped that the Indian government and the strategic community should take the measures to create a good surrounding environment for its “colourful dream of becoming a great power”  such as drawing lessons from history, capitalising on precious opportunities for peaceful development, working in concert with other regional countries, and settling the territorial disputes with China, Pakistan and Nepal through negotiations.