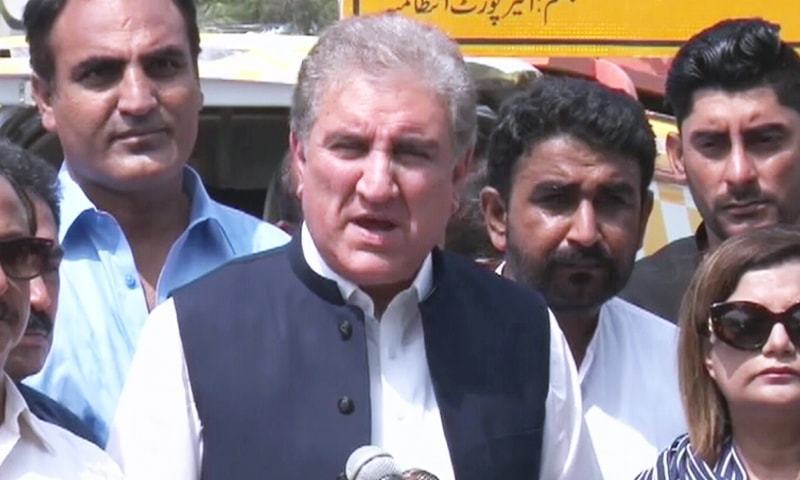 Speaking to journalists on the sidelines of the UN Human Rights Council session here on Wednesday, Mr Qureshi said he believed both Pakistan and India “understand the consequences of a conflict”. But with tensions soaring since New Delhi revoked Jammu and Kashmir’s autonomy last month, he warned that “you cannot rule out an accidental war”. “If the situation persists ... then anything is possible,” he said. India had imposed a military clampdown on held Kashmir on Aug 5 to prevent unrest as New Delhi revoked the disputed region’s autonomy. Mobile phone networks and internet are still cut off in all but a few pockets.

Mr Qureshi, who on Tuesday appealed to the Human Rights Council to launch an international investigation into the situation in India-held Kashmir, told reporters that he had spoken with Ms Bachelet and invited her to visit both the Indian and Pakistani parts of the region. “She should visit both places and report as objectively as she can so that the world knows what the true... situation is,” he added. According to foreign minister, Ms Bachelet had said she “was keen to visit”.

Her office could not immediately be reached for confirmation.

Mr Qureshi, meanwhile, ruled out the possibility of bilateral talks to resolve the tensions. “In this environment and with the mindset that we see in New Delhi today, I do not see any room for a bilateral engagement,” he said, adding that a multilateral forum or a third-party mediator would likely be needed. “If the US plays a role, that can be important because they have a considerable influence” in the region, he said.

Addressing the 42nd session of the UN Human Rights Council on Tuesday, Foreign Minister Qureshi urged the council to constitute a commission of inquiry for investigation into human rights violations in India-held Kashmir, reminding the council that if India had nothing to hide it should allow unhindered access to the commission, international media and human rights organisations.

He said the people of the occupied valley were suffering systematic and serial violations of their fundamental freedoms. “The forlorn, traumatised towns, mountains, plains and valleys of Indian-occupied Jammu & Kashmir reverberate today, with the grim reminders of Rwanda, Srebrenica, the Rohingya, and the pogrom of Gujarat,” he added.