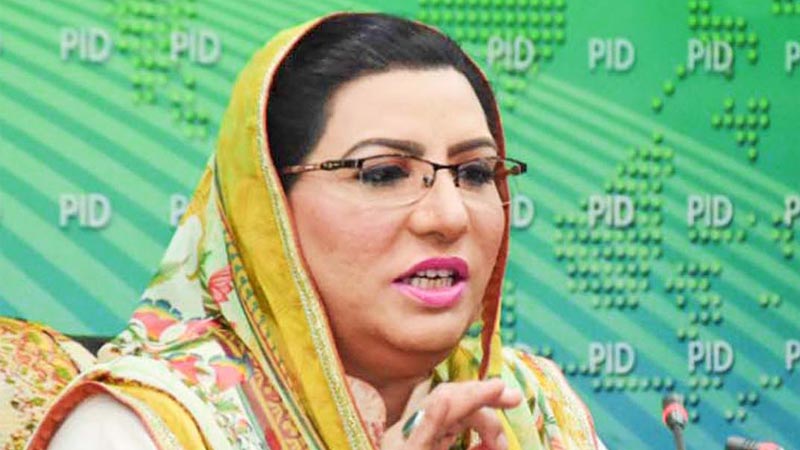 Special Assistant to the Prime Minister on Information and Broadcasting Dr Firdous Ashiq Awan on Friday drew attention of the international media for highlighting gross human rights violations in Indian occupied Kashmir (IoK) at the hands of Indian occupation forces, especially after the unilateral Indian decision to revoke special status of the state in August last year. During an interaction with Islamabad-based foreign media correspondents, she said Pakistani nation observes February 5, as day of solidarity with Kashmiri people to draw world attention towards their plight because in the occupied valley women were being subjected to inhuman treatment, youth abducted under fascist and racist mindset of RSS. She appealed the international media correspondents to support Pakistan’s efforts to advance the cause of hapless Kashmiris, suppressed by hard-line Indian government. She said besieged Kashmiris were looking towards international community to force India to end human rights abuses and grant of right to self-determination as promised by the United Nations Security Council (UNSC) resolutions and committed by the Indian leadership. Situation in Indian occupied Kashmir was condemnable and required urgent attention of the international community, she remarked. She said on Aug 5, 2019 acting illegally and unilaterally, India revoked the special status of Indian occupied Jammu and Kashmir in an attempt to further consolidate its illegal occupation of the territory. Most parts of the IoK were under strict curfew and worst communication blockade and these actions were in stark violation of the UNSC resolutions, sought to alter the internationally recognized disputed status of Jammu and Kashmir and attempted to change its demography, the SAPM said.

Indian actions were preceded by a massive security clampdown with the deployment of over 880,000 Indian occupation forces.

The international community, specially reputable international media organizations should continue to express concern on intensified human rights violations in Indian occupied Jammu and Kashmir including the arrests and detention of the Kashmiri leadership, continuing use of pellet guns by Indian forces, prevailing communications blockade (suspension of landlines, mobile phones, internet), suppression of freedom of expression, kidnapping scores of young boys to coerce their families into submission and use rape as a tool of state suppression, reducing IoK to largest prison in the world. She said curbs had been imposed on fundamental right of freedom of speech and all their fundamental rights including religious and legal rights had been denied. She appealed to women journalists to highlight the plight of women in Indian occupied Kashmir to create pressure on India to allow international observers to visit IoK. She said February 5, was being observed as day of solidarity with besieged Kashmir brethren to sensitize the world community about the ongoing Indian atrocities in the occupied territory with special focus on gross human rights violations after August 5, last year.

On this day, a series of events would be organized in Pakistan and Azad Kashmir, she said adding that on Feb 5, Prime Minister Imran Khan would address the session of AJK Legislative Assembly while on Feb 6 a grand public rally would be held in Mirpur. The prime minister had pledged to advocate the cause of Kashmir at all forums of the world and expose the fascist mindset of Indian rulers, she added. Firdous said on Feb 5, the government and people of Pakistan would renew their commitment, resolve and dedication towards the cause of Kashmir. She said Pakistan would continue its political, moral and diplomatic support to Kashmir cause till realization of their cherished goal of right to self-determination. She said even in India, the fascist rulers were targeting minorities especially Muslims denying their fundamental rights. Information Secretary Akbar Hussain Durrani was also present in the briefing. She said since August 5, last year Kashmiris in IoK were under Indian siege and the occupation forces had denied them all their fundamental rights.