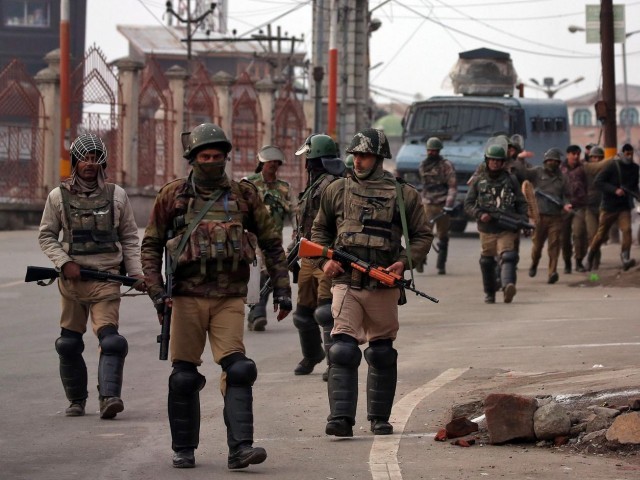 A group of European parliamentarians comprising of 15 members from all major political parties have raised their concerns in a letter written to European Commission President Ursula Von der Leyen and European Union’s High Representative for Foreign Affairs and Security Policy Josef Borrell, demanding them to raise the issue of the worst human rights violations in Indian Occupied Jammu and Kashmir (IOJ&K) with the government in New Delhi. The parliamentarians stressed to ensure the protection of all fundamental rights of the Kashmiri people including their right to self-determination. The 15 MEPs include Fabio Massimo, Bettina Vollath, Helmut Scholz, Maria Arena, Daniela, Javier Nart, Carles Puigdemont, Antoni Comin I Oliveres, Clara Ponsati Oblos, Alvina, Ernest Urasun, Klaus Buchner, Mick Wallace, Rosa D’amato and Manuel Bompard.

The letter states that the people of Indian Occupied Jammu and Kashmir have been subject to intolerable suppression of their freedom and fundamental rights over the past seven decades, which has been documented by many human rights organisations and the 2018 and 2019 reports of the Office of the UN High Commissioner for Human Rights.

“We should look at this region with great concern and defuse at all cost an escalation of the conflict by strengthening our dialogue with India, Pakistan and the representatives of Kashmir in order to recover the dimension of dialogue, negotiation, and diplomacy in the resolution of the conflict,” it also read. Describing this as an important development on the international front, Azad Jammu and Kashmir (AJK) President Sardar Masood Khan said that the voices in support of the Kashmiri people are constantly rising around the globe in spite of the most difficult circumstances.

“The concern of the 15 Members of European Parliament (MEPs) over the serious human rights situation in Indian Occupied Jammu and Kashmir is appreciable and we welcome their letter to European Commission’s president and vice-president,” he said. The AJK president said that Kashmiris had achieved success on two of the three important fronts recently and observed that these two fronts are parliamentary diplomacy and media. He said that the international community now constantly speaks in support of the rights of the Kashmiri people including their right to self-determination.

“The world now also condemns India’s actions in Occupied Jammu and Kashmir, and the discriminatory treatment being extended to minorities in India.”

President Masood appreciated the Pakistani and Kashmiri leadership and diaspora communities for projecting the Kashmir issue in the UK, Europe and North America in its real perspective. Kashmir, he went on to say, is not a bilateral issue between the two countries rather it is a matter of the future of 15 million people as recognised by United Nations Security Council through its various resolutions. “Jammu and Kashmir is not a bilateral, but a tripartite issue, a principle recognised by UN Security Council. Kashmiris are the key party to the dispute and they have to determine their political future through a democratic method of a referendum.

He said that the UN Security Council has an obligation to implement its own resolutions to hold a plebiscite in Kashmir. “The UN Charter and obligations of members of UNSC override any bilateral accord between the UN member states.” Strongly reacted over the killing of 13 Kashmiri youth at the hands of Indian troops in Poonch and Rajouri districts, the AJK president said that the Indian barbaric and repressive tactics cannot deter the Kashmiri people from their freedom struggle. “In Occupied Jammu and Kashmir, it is open season for the killing of Kashmiri youth by occupation forces. No check, no accountability, no condemnation by the UN or powerful governments – an outrage in our times.”

President Masood said that on the martyrdom of 13 young Kashmiris we condole with the bereaved families and assure them that the precious blood of the martyrs will not go waste and we also vow to win freedom for ourselves from the tyrant India.