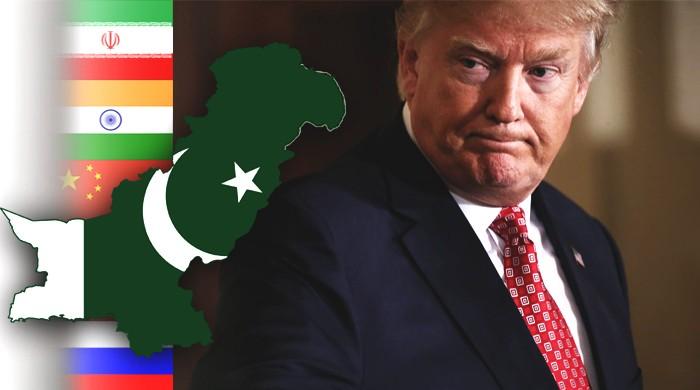 Henry Kissinger rightly noted that it’s often more dangerous being an ally of the United States than its enemy. The latest victim of this sad truism is Pakistan, a loyal ally of the US since the dawn of our era. President Donald Trump’s visceral hatred of Muslims (never mind what kind, or why, or where) erupted this week as he ordered some $900 million in US aid to Pakistan to be abruptly cut off. Trump accused Pakistan of lying and deceiving the US and providing a safe haven to Afghan resistance forces of Taliban (`terrorists’ in US speak) battling American occupation forces. Frustrated and outwitted in Afghanistan, US imperial generals, Pentagon bureaucrats, and politicians have been trying to cast blame on anyone they can find, with Pakistan the primary whipping boy. Next in line is the notorious Haqqani network which is blamed for most US military failures in Afghanistan, though its active combat role is modest. I knew its founder, old man Haqqani. In the 1980’s, he was the golden boy of the CIA/Pakistani-led effort to oust the Soviets from Afghanistan.

Why has Washington given billions in aid to Pakistan? In 2001, Washington decided to invade Afghanistan to uproot or destroy the Pashtun resistance movement, Taliban, which was wrongly blamed for the 9/11 attacks on New York and Washington. The ethnic Pashtun warriors President Reagan had hailed as ‘Freedom Fighters’ became ‘terrorists’ once the west wanted to occupy Afghanistan. But invading land-locked Afghanistan was an awesome undertaking. US troops there had to be supplied through Pakistan’s principal port, Karachi, then up twisting mountain roads and across the torturous Khyber Pass into Afghanistan. The huge amount of logistical supplies required by US troops could not be met by air supply. It cost $400 per barrel for one gallon of gasoline delivered to US troops in Afghanistan, and as much as $600,000 per sortie to keep a single US warplane over Afghanistan. Without 24/7 air cover, the US occupation force would have been quickly defeated.

Invading Afghanistan without Pakistani cooperation would have been impossible. Pakistan at first refused to let US armed forces cross its borders. But as Pakistan’s former military leader Gen. Pervez Musharraf told me, ‘the US put a gun to my head and said let US troops enter and use Pakistan or ‘we will bomb you back to the Stone Age.’ That was the big stick. The carrot was some $33 billion in US cash to secure ‘Ground Lines of Communication’ (the Karachi-Bagram route) and ‘Air Lines of Communication.’ In fact, Pakistan briefly closed them in 2011 after US warplanes killed two dozen Pakistani Army soldiers. Pakistan could do it again unless Washington stops treating it like an enemy state.

In fact, the warlike Pashtun tribes along the Durand Line, the artificial border between Pakistan and Afghanistan imposed by the British colonialists, have been on the warpath since the 19th Century. Winston Churchill even approved the use of poison gas on the ‘unruly tribesmen.’ The wonderfully named Faqir of Ipi kept threatening to ride down from the Hindu Kush Mountains and put to the sack the British garrison at Peshwar. Today, one hears threats in Pentagon circles that the US may begin bombing ‘Taliban sanctuaries’ (actually villages where these Pashtun locals live) and then send in air mobile US troops to attack them. This would make the longest war in US history even longer. Washington just can’t seem to accept that its military machine was defeated in Afghanistan, well-known as the Graveyard of Empires.

It’s also clear that the US has not given up its ambition to neutralize or destroy Pakistan’s nuclear arsenal. Attacking so-called terrorist enclaves in northern Pakistan would offer a perfect cover for a major us air and ground assault on Pakistan’s nuclear complexes and dispersed storage sites. India and Israel have long been pressing the US to attack Pakistan’s nuclear infrastructure. Any major US moves against Pakistan are very likely to push it closer to Beijing and expand Chinese influence in the region. China is unlikely to allow old ally Pakistan to be torn apart by US power. Unlike the US, China remembers its old friends.