0 comments   |     by By Amnesty International India

Local authorities in Raigarh, Chhattisgarh, should respect and protect the right of Adivasi villagers opposing the activities of private companies to conduct peaceful protests on 15 and 16 January. Residents of six villages in Gharghoda block, Raigarh are planning a protest against the unlawful construction of an ash pond by TRN Energy Limited in Nawapara Tenda village and the establishment of a coal washery by Mahavir Coal Washery Private Limited in Benghari village. The Chhattisgarh Environment Conservation Board has scheduled a public hearing on 16 January as part of the environmental clearance process for the coal washery. 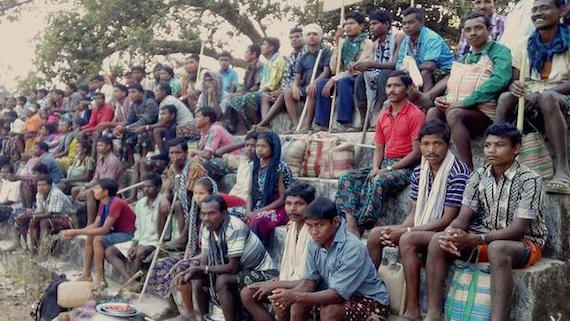 “Adivasi villagers have a right to peaceful protest under the Constitution of India and international law,” said Karthik Navayan, Manager, Business and Human Rights, Amnesty International India. “Authorities have a duty to uphold this right, and ensure that protestors are protected from threats and attacks.”

Local human rights defenders told Amnesty International India that agents acting on behalf of private companies had threatened them against mobilizing villagers and conducting protests. A local human rights defender told Amnesty India, “A company official, some men who had covered their faces, and three policemen threatened us on the main road in Benghari. The official said he would throw us under a vehicle, and put us in jail.”

Local Adivasis have been campaigning for years for their rights over land that they say was unlawfully purchased – through threats, coercion, intimidation and misinformation- by agents acting on behalf of two private companies – TRN Energy Limited and Mahavir Energy and Coal Benefication Limited. In 2016, Adivasi villagers filed civil cases for the restoration of their lands. In June 2017, they also filed criminal complaints under the Scheduled Castes and Scheduled Tribes (Prevention of Atrocities) Act, alleging that they had been forced into selling their land. In October 2017, TRN Energy began constructing an ash pond in Nawapara Tenda. Several local villagers told Amnesty International India that they had not been informed or consulted about the construction of the ash pond, or been told about the effects it could have on their rights to clean air, water, health and livelihood. On 11 January, local villagers wrote to authorities alleging that a scheduled environmental public hearing on 16 January for the establishment of a coal washery in Benghari had not followed required procedures. Villagers plan to conduct a community public hearing as a form of protest on 15 January.