ISLAMABAD: Pakistan has categorically rejected “unwarranted and irresponsible remarks” made by India’s Ministry of External Affairs regarding upcoming elections in strategically-located Gilgit-Baltistan (GB).

“India has no locus standi on the issue — legal, moral or historical. The regurgitation of false and fabricated claims by India can neither change the facts nor divert attention from India’s illegal actions and perpetration of the worst human rights violations in Indian Illegally Occupied Jammu and Kashmir (IIOJK),” said Foreign Office spokesman Zahid Hafeez Chaudhri in a statement here on Tuesday, hours after India protested over the announcement of elections in GB. For over 72 years, the FO spokesman said, India had been in illegal and inhuman occupation of IIOJK. However, the indigenous Kashmiri resistance movement had only become stronger despite the incessant brutalisation of the Kashmiri people at the hands of Indian occupation forces, he added.

“Pakistan calls upon India to immediately end its illegal and forcible occupation of parts of Jammu & Kashmir and comply with its international obligations by allowing the Kashmiris to exercise their inalienable right to self-determination through a free and impartial plebiscite under the auspices of the United Nations as enshrined in the relevant UNSC resolutions,” he said in response to Indian criticism of the upcoming elections in GB.

Earlier, the Indian external affairs ministry said the country had conveyed its “strong protest” to the Pakistan government. It claimed that “the entire union territories of Jammu and Kashmir and Ladakh, including the areas of so-called GB, are an integral part of India by virtue of its accession in 1947”, alleging that Pakistan had no locus standi on the territories. 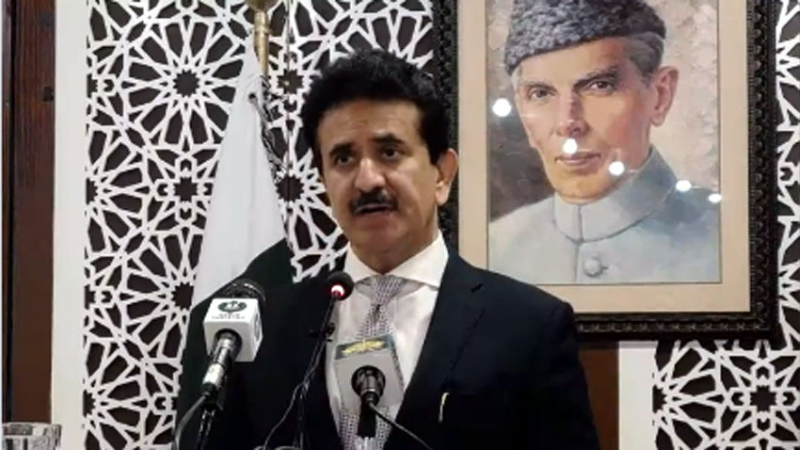 “The government of India has also completely rejected the recent actions such as the so-called Gilgit-Baltistan (Elections and Caretaker Government) Amendment Order 2020 and continued attempts by the Pakistan establishment to bring material changes in areas under its illegal and forcible occupation,” said the India’s external affairs ministry.