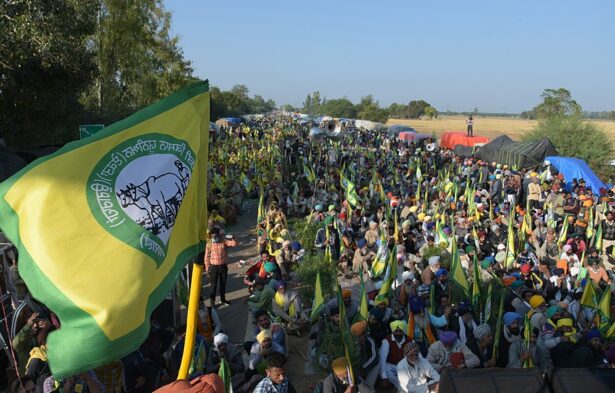 Humanitarian work in one of the world’s most militarized zones has only gotten more difficult as India resorts to new levels of intimidation and hostility.

In Indian-administered Kashmir, anything remotely anti-establishment has been consistently labeled as terrorism, a tactic used across the past three decades of intensified conflict in the region. Recent times, however, have seen attacks on Kashmiris who live in India intensify, particularly since the government of India revoked the autonomy of the Muslim-majority Kashmir Valley in 2019 by repealing a key piece of legislation in the Indian constitution known as Article 370. The lives of Kashmiris in Indian-administered Kashmir have drastically changed as a result, further worsening with the fallout of the global COVID-19 pandemic.

Even before Article 370 was removed, the valley saw many human rights violations over the decades-long conflict, which has occurred in one of the world’s most militarized zones. What has changed is the added restrictions — such as increased imposition of curfews and until recently, curbs on internet speeds — as well as the sense of despair. In this extremely restrictive and dangerous environment, human rights defenders have been subject to further repression, intimidation and hostility by the Indian government.

In October, several human rights groups in the region were targeted by the National Investigative Agency of India, or NIA, a government agency set up to counter terrorism. There were a series of raids that took place over the course of a week, and the groups were accused in a statement by NIA of “raising funds in India and abroad in the name of charitable activities and then using those funds for carrying out secessionist and separatist activities in Jammu and Kashmir.”

In an update for the Human Rights Council, on Feb. 26, Michelle Bachelet, the U.N. High Commissioner for Human Rights, said that these raids exemplify the restrictions on the civil society in the region, and that they are having an “impact on the rights of the people of Kashmir to engage in free, open debate on government policies affecting them.” This comes at a time where human rights defenders across India are also facing intimidation and persecution for expressing their support for the ongoing farmers’ protests in the country.

The Association of Parents of Disappeared People, or APDP, a collective of victims of human rights violations and their families in the region was one target of the raids. “It was completely shocking for me. In almost 30 years of work, I have never had to face such questions or fingers raised on my work,” said Parveena Ahanger, the founder of APDP, who was nominated for the Nobel Peace Prize in 2015 for her work in the region. “It has become extremely difficult to work now. In the past decades of our existence, we have had timely investigations, but nothing of this scale.”

Ahanger’s son was disappeared by the Indian Army in 1990, and in the initial years of her journey through the maze of the legal system that exists in Kashmir, she met several other people facing similar issues and founded APDP in 1994.

Ahanger added that several documents and devices were seized by the NIA team, which are repositories of incidents of human rights abuses by security personnel. Not only has this led to concerns over possible adverse consequences — including reprisal against victims and families who have testified — but the organization has had to grapple with the loss of documentation, slowing down its regular work.

Other organizations in the region, such as Jammu Kashmir Coalition for Civil Society and the offices of Greater Kashmir Trust were also targeted during these raids, which has further created an intensified sense of fear by those involved in human rights and humanitarian work.

While the current raids came as part of wider Indian “anti-terrorist” operations, the Kashmir Valley itself is subject to several local laws, such as the Armed Forces Special Act and Public Safety Act, which are not applicable in “mainland” India. These laws, which grant special powers to the security forces in the region and allow them to detain people based merely on the suspicion that the individual may engage in dangerous, illegal activities in the future. These laws have been considered by human rights defenders, political analysts and scholars as contributing to rights violations. They also contend that these laws have allowed the security forces, including the Indian Army and local police to commit these violations with impunity.

“The government has already tried and tested these tactics in Kashmir, which has been like a laboratory against dissenters, the so-called anti-establishment.”

Long curfews, use of laws against public gatherings and government-enforced lockdowns, which were extended by the COVID-19 pandemic, has led to a shrinking of the already limited space for organizing by human rights defenders. “We haven’t been able to undertake much of our usual activities for over a year,” Ahanger said, “whether it is our monthly sit-in protests in the city, or observing occasions such as the International Day of the Disappeared.”

The right-wing national government of India has been systematically targeting intellectuals, activists, poets and artists in India with the amended Unlawful Activities Prevention Act — a law that can designate individuals as terrorists. In addition to other laws applicable only in Kashmir, this law is now being used in the Valley as well.

Anees Zargar, a journalist with Newsclick, a New Delhi-based online publication, has faced reprisals for his work in the valley. The media outlet he works for was also targeted in a crackdown by the Enforcement Directorate, another central government agency in India that is a specialized economic enforcement and intelligence agency. “What is happening in India now is only a taste of what has been happening in Kashmir for decades,” he explained. “The government has already tried and tested these tactics in Kashmir, which has been like a laboratory against dissenters, the so-called anti-establishment.”

Ironically, while laws to curb dissent and preventively arrest people are applied very thoroughly, the legal field is almost entirely ineffective when it comes to attempts at providing justice. The issues faced in this legal space start with the inability to register cases and prosecute criminals. Several scholars and activists note that a culture of impunity has developed here.

“The court is supposed to be ‘insaaf ka ghar,’ or the home of justice, but we never found any justice there,” Ahanger said. “If the judges don’t seem to have the power to pass judgements, who does? And where do we go to seek justice then?”

India ranks 142 out of 180 countries on the World Press Freedom Index, which succinctly represents the abysmal state of affairs for journalists speaking truth to power across the subcontinent. Even as journalism is a dangerous profession for Indians, Kashmiri journalists face an even wider set of issues and challenges in pursuing their work. With India cutting off Kashmir’s access to the world in 2019 and restricting its communications, journalists in the valley are having to navigate through even more dangerous waters now to do their job. 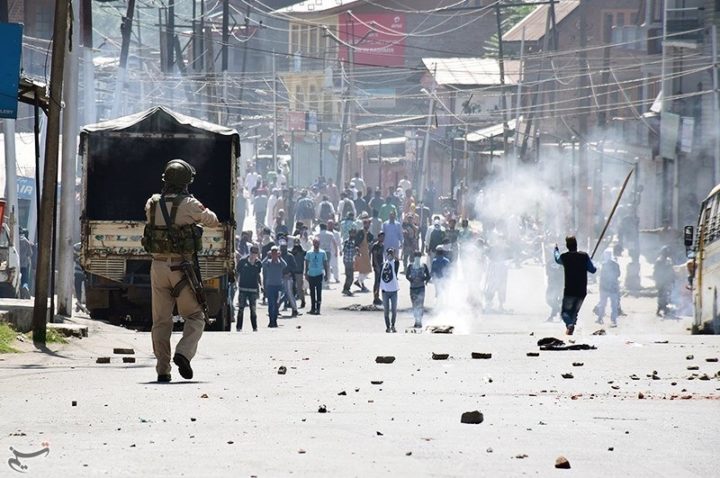 “It has always been difficult for journalists here,” Zargar explained. “When I was back to the Valley in 2015 after working outside for a few years, there was still some semblance of press freedom in the sense that one could still find ways to report a story — through negotiation with certain terms and conditions. Since 2016, it’s progressively been getting worse. And now it’s difficult to even report basic facts, what you see on the ground, particularly for those working in local media.”

Zargar recalled how he has been intimidated on several occasions for reporting, and how stories on violations such as torture, which he covered, have hardly been reported. “The biggest story of Kashmir is human rights violations,” he continued. “It is the story of how people respond to conflict and how people are affected by it, the political turmoil and violence that affects lives.”

As human rights defenders in the region try to navigate through these challenges, they are calling on the international community to help out in whichever ways they can. “The injustices done against us need to be taken forward,” Ahanger said. “We ask them to fight with and for us. They [the state] make our truth lies and their lies the truth. But even the U.N. staff has been consistently denied access to Kashmir, so what is the way out, one must wonder.”

As local media face the brunt of targeted attacks on freedom of speech in the valley, reporting by international media has been helpful for those outside the region to have access to news that has not been manipulated. “International media has stepped up in reporting from the region, with local correspondents,” Zargar said. “Earlier there was no regular coverage. But I feel there can still be more emphasis on stories from here. But maybe because there are Western interventions in places like Afghanistan, that [conflict zone] gets more coverage.”

Organizations like Stand with Kashmir, or SWK, a global advocacy platform, take a concrete stand on what steps need to be taken further in the struggle for justice, and have primarily been using social media as a tool for change, along with other forms of activism. Its activities — such as the #RedForKashmir, a recent collaboration to produce webinars with Women’s March — are aimed at both educating and equipping audiences on the Kashmir conflict and ways to advocate for change. SWK is also undertaking a Day 365 campaign, which offers practical tools and resources to advocate and ask for change, including templated emails to send to political leaders.

Several scholars and activists in the region point to how India has dealt with the conflict in Kashmir through solely a military lens, sidelining legitimate political demands, such as the call for representation or free and fair elections. SWK is among the organizations and human rights defenders trying to focus their activism to raise deeper political questions that are at the center of the Kashmir conflict, including the call for freedom from India and the erosion of democratic principles that India claims to uphold in the region.

Zargar notes that the immense repression and pressure on people that exists across professional and social identities stems from this “absence of democracy.” Consequently, the road for human rights defenders in Kashmir is a long one, but those like Ahanger remain unfazed and ready to face whatever lies ahead. “I myself am a victim,” she explained. “I want to highlight this fact, because having felt the pain of losing a loved one, I can say with certainty that this injustice shouldn’t happen to any single human being. I am not going to stop my fight for justice. This struggle is necessary. I can die, but I’m not afraid.”