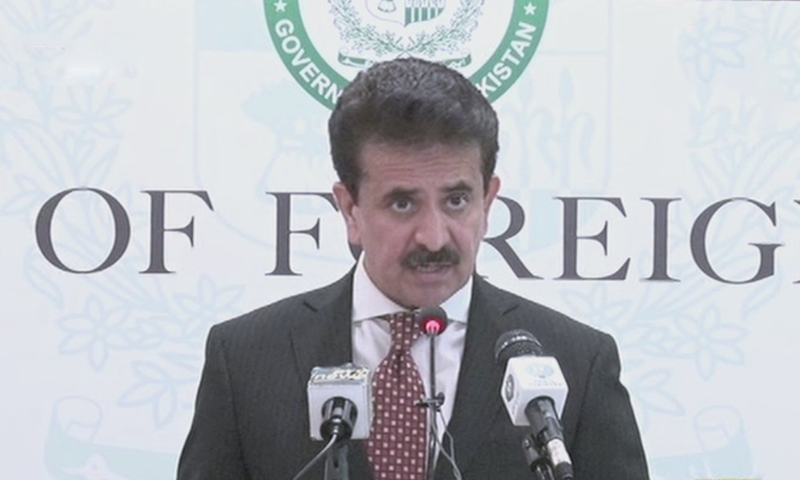 ISLAMABAD: The Foreign Office on Thursday dismissed as “Indian propaganda and disinformation campaign” the reports that Kashmir issue was not on the agenda of the meeting of the Organisation of Islamic Cooperation’s foreign ministers in Niamey (Niger).

The two-day Niamey meeting of the OIC Council of Foreign Ministers (CFM) begins on Friday (today).

“The reports are baseless. Such irresponsible speculations are part of false Indian propaganda and disinformation campaign. Jammu and Kashmir dispute remains a permanent item on the OIC’s agenda,” FO spokesman Zahid Hafeez Chaudhri claimed at his weekly media briefing.

He was responding to reports in domestic as well as foreign media claiming Kashmir was not on the agenda of OIC foreign ministers’ upcoming meeting.

The reports were based on a statement issued by the OIC Secretariat in Riyadh that quoted OIC secretary general Dr Yousef Al-Othaimeen as saying that the meeting would discuss the Palestinian cause, the fight against violence, extremism and terrorism, Islamophobia and defamation of religion, the situation of Muslim minorities and communities in non-member states, fundraising for the Rohingya case at the International Court of Justice (ICJ), as well as the promotion of dialogue among civilisations, cultures and religions, and other emerging matters.

The agenda of the Niamey meeting, according to the OIC statement, includes discussion on the political, humanitarian, economic, social and cultural and other issues related to science and technology, the media and the progress made in the implementation of the “OIC-2025: Plan of Action” document. It would, moreover, feature a brainstorming session on ‘Security and Humanitarian Challenges Confronting African Sahel States Members of the OIC’.

OIC media statements on the Niamey meeting agenda, both in English and Arabic, made no specific mention of Kashmir.

The spokesman said that OIC “unambiguously” expressed itself on the issue for decades, through a succession of summit as well as CFM resolutions and has been “actively seized of the matter” since the occupied territory was forcibly annexed by India last August.

Pakistan has had been seeking a special OIC CFM on Kashmir since the annexation, but that has so far not materialised due to absence of Saudi support for Pakistan’s request.

Mr Chaudhri recalled that OIC had from time to time called for settlement of the Jammu and Kashmir in accordance with the relevant UN Security Council Resolutions. He specifically mentioned that the OIC Contact Group on Jammu and Kashmir has also met thrice in past 15 months. The group last met in June.

“The Final Communique of that meeting called upon India to rescind its illegal actions and stop egregious human rights violations in the illegally occupied territory,” he said.

No meeting of the contact group on Kashmir is taking place in Niamey because of “Covid-19 pandemic”.

The spokesman hoped that the Niamey meeting would reiterate its strong support to the Kashmir cause.

When asked about the change of visa policy by the United Arab Emirates — under which the Arab state temporarily stopped issuing new visas to citizens of Pakistan, Afghanistan and several mostly Muslim-majority countries — the FO spokesman said it had not been confirmed, according to a dawn.com report. At the same time, he also denied the step had been taken due to security concerns, as reported by several media outlets.