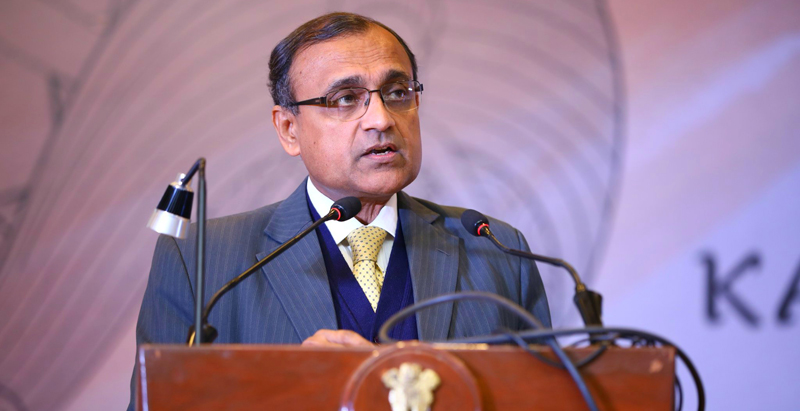 India’s Ambassador to the United Nations, T S Tirumurti has asked the UN Security Council to take off the “outdated agenda item” of the “India-Pakistan question”, from the Council.Pakistan’s Ambassador to the United Nations Munir Akram responded, “Indian representatives are either deluding themselves, or deluding their public, by asserting that they will remove Kashmir from the Security Council’s agenda.”

“Indian indulgence into coercive diplomacy has no future. It cannot override the express commitments of permanent and non-permanent members of UN Security Council.” Dr. Syed Nazir Gilani, President, Jammu and Kashmir Council for Human Rights. Summary statement by Mr. Antonio Guterres, the UN Secretary General of matters of which the Security Council is seized, was issued on January 2, 2020. 56 items have been considered by the Council at a formal meeting during the period from 1 January 2017 to 31 December 2019, while, as 13 items were not. However, all 69 agenda items were identified “as matters of which Security Council was currently seized,” including “The India-Pakistan Question.”

It is worth mentioning here that an item can be removed from the agenda only in accordance with the basic rules of procedure governing the function of the Security Council. The removal can take place if the conflict has been resolved or there is a consensus among all 15 members of the Security Council to remove a particular agenda item. In case of Kashmir, none of these conditions apply. As we know that the presence of the United Nations Military Observer Group for India and Pakistan (UNMOGIP), in Srinagar (The Capitol City of Jammu & Kashmir), affirms that the Kashmir dispute is a matter seized by the Security Council.

India calls Kashmir dispute “Outdated agenda item.” Much is being made of the fact that seven decades have passed since the principled solution for Kashmir was formulated by the United Nations with almost universal support. Mere passage of time or the flight from realities cannot alter the fact that these resolutions remain unimplemented until today. The United Nations resolutions can never become outdated or obsolete, or over taken by events or changed circumstances. The passage of time cannot invalidate an enduring and irreplaceable principle – the right of self-determination of the people of Kashmir. If passage of time were allowed to extinguish solemn international agreements, then the United Nations Charter should suffer the same fate as the resolutions on Kashmir. If non-implementation were to render an agreement defunct, then the Geneva Convention in twenty-first century in many countries is in no better state than these resolutions. The UN Security Council resolutions on Kashmir are not of a routine nature. Their text was meticulously negotiated between India and Pakistan and it is after each provision was accepted by the two governments concerned that they were adopted by the Security Council. The assent of the two Governments was conveyed in writing to the Security Council. They thus not only embody a solemn international agreement, but have been endorsed repeatedly by the Security Council and by successive United Nations representatives.

They explicitly recognize the right of the people of Kashmir to determine the future status of their homeland. This right remains unaffected by the non-performance by either side of the provisions of the resolutions. The idea that the dispute over the status of Jammu and Kashmir can be settled only in accordance with the will of the people, which can be ascertained through the democratic method of a free and impartial plebiscite, was the stand taken by India. It was supported without any dissent by the United Nations Security Council and prominently championed by the United States, Britain and other democratic states.

India’s Ambassador to the UN, Sir Gopalaswamy Ayyangar while presenting his government’s case to the Council on 15 January 1948, stated, “The question … whether she [Kashmir] should withdraw from her accession to India, and either accede to Pakistan or remain independent with a right to claim admission as a member of the United Nations – all this we have recognized to be a matter for unfettered decision by the people of Kashmir.”

Mahatma Gandhi is known for his statement that “The will of Kashmiris is the supreme law in Kashmir.” Pandit Jawahar Lal Nehru, the founding prime minister of India said, “We have declared the fate of Kashmir is ultimately to be decided by the people. That pledge we have given not only to the people of Kashmir but to the world. We will not and cannot back out of it.” November 2, 1947.

Ambassador Warren Austin of the United States stated during Security Council meeting # 235 on January 24, 1948, “…When India accepted the accession of Kashmir, it made its act stand for a great principle by stating as a part of the acceptance, that it was conditional on fair plebiscite being held to determine the will of the people of Kashmir with respect to accession. I think an example was made in history at that point.”

United States, Secretary of State John Foster Dulles stated on 5 February 1957 that: “We continue to believe that unless the parties are able to agree upon some other solution, the solution which was recommended by the Security Council should prevail, which is that there should be a plebiscite;

India, however, was soon undeceived of its delusions over Kashmir’s political yearning. Recognizing that its people would never freely vote accession to India, it contrived excuse after excuse to frustrate a plebiscite. When the United Nations proposed arbitration, a reference to the World Court, or any other method of resolving minor demilitarization quarrels, India nixed them all. After a few years, it dropped all pretense of acceding to a referendum by unilaterally proclaiming its annexation of Kashmir. And on August 5, 2019, in violation of all international agreements, India abrogated Article 370 and 35A. India’s proclamation has never been accepted by the United Nations, which continues to list Kashmir as disputed territory and subject to the Security Council’s self-determination resolutions.

The people of Jammu & Kashmir are thankful to Antonio Guterres, the Secretary General of the UN for stating the principled position that the Kashmir conflict should be resolved under the UN Charter and applicable UN Security Council resolutions. He has been consistent in urging both India and Pakistan to initiate a process leading to a resolution of Kashmir problem and to avail of his assistance towards that end. Until now, India has made no constructive response to this offer, instead India has cautioned the Secretary General not to interfere in her ‘internal matters.’

The Secretary General is empowered by the Charter of the United Nations to bring a matter of this nature to the attention of the Security Council. We fully realize, however, that, in the present circumstances and, given the policies and attitudes of the permanent members, this right and power of the Secretary General might advisably be held in reserve. Short of invoking Article 99, the Secretary General could help turn the situation towards a cessation of human rights violations and beginning of a dialogue among the three parties – the people of Jammu & Kashmir, India and Pakistan – by sending a ‘Special Envoy’ to the region to explore all possible options to settle the Kashmir dispute to the satisfaction of all parties concerned. Such a mission could visit all parts of Jammu & Kashmir as well as the capitols of both India and Pakistan and verify the truth of allegations from either side. The matter is much too urgent to be relegated to the routine mechanism of the Human Rights Council and the various bodies established to monitor various conventions.

The Secretary General should also alert the P5 that the existing confrontation between India and china, and constant hostilities between India and Pakistan – all nuclear powers and share borders with Kashmir – will lead the whole region to the nuclear catastrophe with immense consequences for the whole world if Kashmir conflict remains unresolved. We trust that the world powers in general and the United Nations in particular will bring immense moral and political influence to bear on initiating a peace process which will lead to a speedy, just and honorable settlement of the dispute and restore to the people of Kashmir their inalienable right to self-determination.