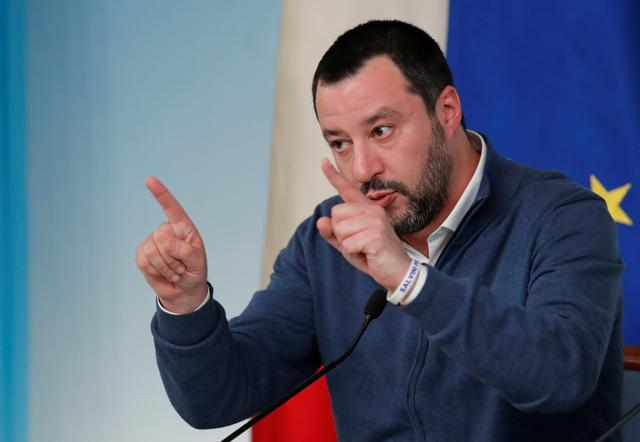 He also promised to raise the issue at the European Union (EU) forums.

Salvini, who is leader of the second largest party called Northern League in the Italian Parliament, has been a very active member of the European Union for many years.

In a meeting with Pakistan Ambassador in Italy Jauhar Saleem, Salvini also appreciated islamabad’s efforts for promoting peace and human rights in its region and expressed his keenness to expand bilateral ties in all areas, especially trade and investment.

During the one to one discussion, a mutual desire for high level exchanges was evinced with Senator Salvini inviting Prime Minister Imran Khan to visit Italy and Ambassador Saleem inviting the Northern League leader to visit Pakistan as the head of a parliamentary delegation.

He also lauded the steadfastness of the Italian government in the face of the devastating Covid-19 pandemic which has resulted in a loss of hundreds of lives in Italy and hugely impacted its economy.

He also briefed the Italian leader on the smart strategies employed by the Pakistani government to curb the spread of the virus and mitigate its effects on the economy.

He said that Italy is Pakistan`s ninth-largest export destination in the world.
The total volume of trade between Italy and Pakistan is over $1.5 billion and the balance of trade is in Pakistan`s favour.

The ambassador said that Italy had supported Pakistan`s case of EU, Generalised Scheme of Preferences (GSP- Plus) during the review in 2020.

Italy had helped Pakistan in olive cultivation in Pakistan and now the embassy of Pakistan in Rome is facilitating Italian firms to invest in Pakistan to set up industrial units for olive oil and olive products in Pakistan, he said.

He added that Pakistan’s embassy in Rome was reaching out to Italian businesses on a regular basis for promoting bilateral trade and investment relations.

Italy hosts the largest Pakistani diaspora in the EU who are contributing to Pakistan’s development through their remittances and investment ventures.

(With additional input from APP)