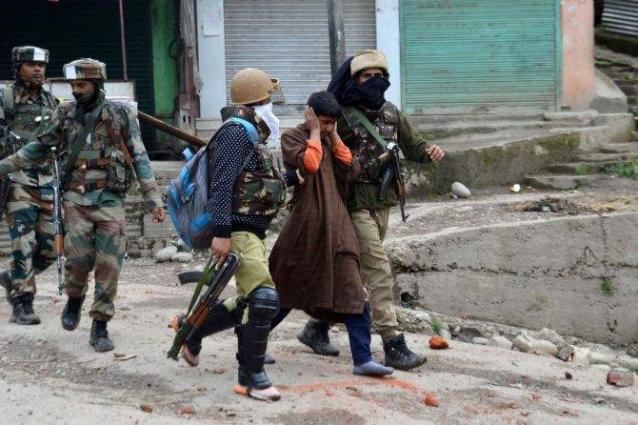 LAHORE, (APP - UrduPoint / Pakistan Point News - 22nd Oct, 2020 ) :India is committing violation of human rights besides illegally suppressing the movement of self-determination by innocent Kashmiri people in Indian Illegally Occupied Jammu & Kashmir (IIOJK) by using force. This was stated by Member Provincial Assembly and senior politician Chaudhry Iqbal Gujjar while talking to this scribe on Thursday. He said that all resolutions passed by the United Nations were being violated by the Indian forces in the valley and the people were subjected to torture and killing for their just struggle for self determination.

He said it was very deplorable that Indian forces were committing genocide in IIOJK in order to convert the Muslim majority into minority. The lawmaker said the people of Pakistan were standing with their oppressed Kashmiri brethren and supported their just struggle. Expressing concern over silence of international humanitarian bodies, he said the situation was tantamount to give India free hand to continue its brutality in the valley. He called upon the UN and other human rights organizations to take notice of the situation and take measures for the resolution of long standing Kashmir issue. The MPA said people of Pakistan would observe October 27 as Black Day to convey message to India as well as international community that Pakistanis would continue their moral, political and diplomatic support to Kashmiri people until they were granted right of self-determination.