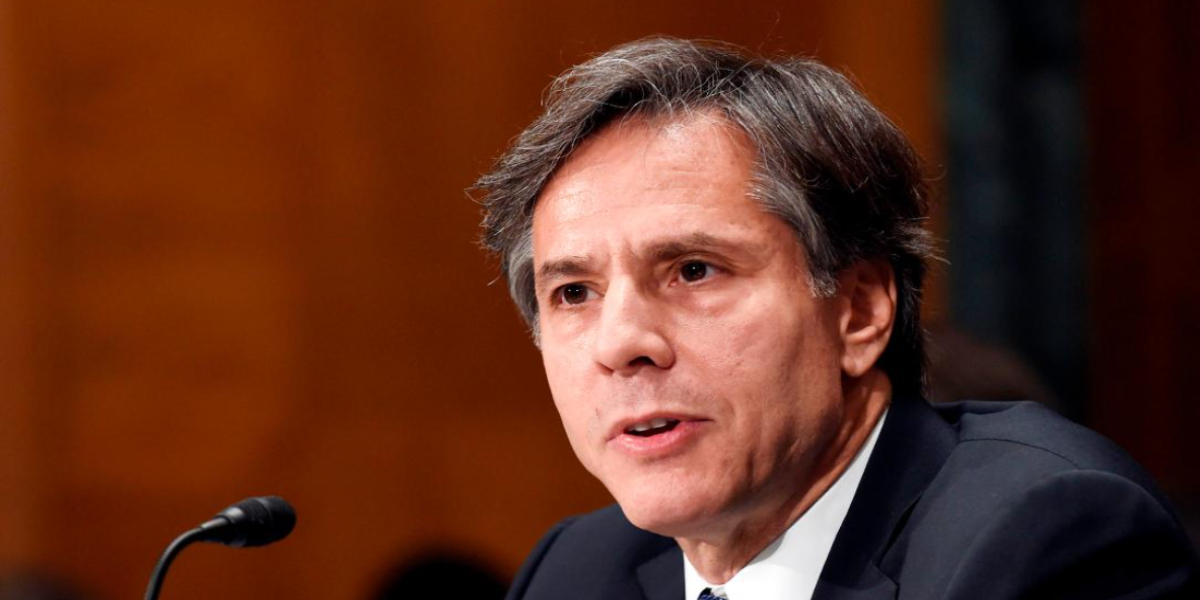 US Secretary of State Antony Blinken likely to raise issues of human rights violation during his visit to India on Tuesday, agencies reported as saying on Monday.

Freedom of expression was guaranteed selectively, and dissent was repressed through unlawful restrictions on peaceful protests and by silencing critics. Human rights defenders, including students, academics, journalists and artists, were being arbitrarily arrested, often without charge or trial.

Narendra Modi-led government has faced allegations that it has suppressed dissent, pursued divisive policies to appeal to its Hindu nationalist base and alienated Muslims, the country’s biggest minority.

The authorities failed to adequately investigate or punish perpetrators of violence based on caste, sex and gender, and carried out reprisals against those who reported rape and caste-based crimes. There was widespread impunity and lack of accountability for murders and attacks carried out by vigilante mobs and police officers against religious minorities.

Swift and extreme restrictions were placed on freedom of movement in response to the pandemic, leaving thousands of migrant workers stranded without adequate food and protection. Some restrictions to curb the pandemic also threatened the right to privacy, according to Amnesty International.

Ahead of Blinken’s first trip as Secretary of State, the State Department said he will discuss India’s human rights record as well as a religion-based citizenship law that the Modi government enacted two years ago that Muslims see as discriminatory.

Indian foreign ministry sources quoted as saying said that issues such as human rights and democracy were universal and extended beyond a particular country or culture.

India and the United States are building close political and security ties to push back against China’s growing assertiveness in the region and both sides have said Blinken’s trip is aimed at further boosting cooperation.

But rights activists say there is a growing climate of intolerance in India and that the United States must lean on the Modi government to uphold diversity and democratic values, especially if the two countries are drawing closer together to confront an authoritarian China.

According to Amnesty International in December 2019, the Indian government passed the Citizenship (Amendment) Act (CAA) enabling irregular migrants from Afghanistan, Bangladesh and Pakistan to obtain Indian citizenship, excluding Muslims. The discriminatory nature of the CAA sparked peaceful protests across the country, which were met with arbitrary arrests and detention and widespread demonization of those protesting. The government’s strategy to curb Covid-19 included a punitive lockdown at very short notice, lack of transparency in disbursing relief funds, threats to privacy, and demonization of religious minorities.

Amnesty says seven human rights activists – Father Stan Swamy, Jyoti Raghoba Jagtap, Sagar Tatyaram Gorkhe, Ramesh Murlidhar Gaichor, Hany Babu, Gautam Navlakha and Anand Teltumbde, were arrested by the National Investigation Agency (NIA), India’s main counter-terrorism agency, for their alleged involvement in violence during the Bhima Koregaon celebrations near the city of Pune in 2018. Those arrested worked with marginalized groups, including Adivasi (Indigenous) communities, and had criticized government policies. The government accused them of breaching the Penal Code by “waging war against the country” and having links with the banned Communist Party of India (Maoist).

Many arrested activists were elderly and in poor health. However, they were held in overcrowded prisons where several inmates had either tested positive or died from Covid-19. Varavara Rao, an 80-year-old poet arrested in the Bhima Koregaon case in 2018, tested positive for Covid-19 in July while in prison. Nevertheless, the courts continued to reject the bail pleas of the activists.

At least nine students peacefully protesting against the CAA were arrested and jailed under counter-terrorism and sedition laws. Many other anti-CAA protesters were subjected to intense intimidation and harassment from the police.

Amnesty reports, on 26 June, the UN High Commissioner for Human Rights called on India to immediately release human rights defenders who had been arrested for protesting against the CAA. However, the majority remained in detention at the end of the year.

In December, Uttar Pradesh police arbitrarily arrested 10 Muslim men under a law introduced by the Uttar Pradesh Government that targets consensual interfaith marriages, and allegedly tortured them. The legislation, which has been termed the “love jihad” law by right-wing nationalists and leading politicians, had not been approved by the Indian Parliament or the state legislature.

Amnesty further reported that new restrictions were imposed on freedoms of expression and assembly in response to the Covid-19 pandemic. On 24 March, Prime Minister Modi imposed a nationwide lockdown, comprising mandatory ‘stay-at-home’ quarantine under the Disaster Management Act, a draconian law which gives the government sweeping powers in disaster situations. Breaches of the lockdown resulted in arrests and detentions.

At least 18 journalists in Kashmir were physically attacked by police or summoned to police stations. Dissent was further suppressed when a new media policy was introduced by the Jammu and Kashmir government to create “a sustained narrative on the functioning of the government in media” by checking “anti-national activities”.

On 20 October, the Jammu and Kashmir government closed the office of the Kashmir Times, without prior notice, after its editor, Anuradha Bhasin, had challenged the communications blockade in the Supreme Court. The Indian authorities raided the offices and residences of civil society activists including Khurram Parvez and three of his associates, and Parveena Ahanger, who had reported extensively on human rights abuses in Kashmir.