As an interviewer, Karan Thapar does his research, comes prepared with facts and never gets provoked, even as he pushes guests into revealing more than they intend to. In Moeed Yusuf, Pakistan’s erudite  national security advisor (NSA), Thapar met his match. When they sat down for an interview for The Wire, what followed was a stimulating and thought-provoking conversation between two men who argued, agreed, disagreed and agreed to disagree for close to 90 minutes.

There was clearly an element of the standard India-Pakistan ‘Tu Tu Main Main’ in it, and yet this was by far one of the best conversations that I have heard in recent years between an Indian journalist and a senior Pakistani official. Thapar and Yusuf began with an interview which soon became a debate but ended with the Pakistani NSA inviting his interviewer to visit his country, which the latter accepted.

But this article is not about Karan Thapar or Moeed Yusuf. This is about how my takeaways from the interview, or, if you prefer, an exercise in reading between the lines. While the interview itself covered topics ranging from Kashmir to India-Pakistan relations to terrorism to Afghanistan, I will focus mainly on the Kashmir part.

The interview, and recent statements from Pakistan, make one thing clear: the political establishment in Islamabad, more than the Pakistan army headquartered in Rawalpindi, is still trying to come to terms with India’s dramatic and unprecedented Kashmir decisions of August 2019.

Just to recap the three decisions here: in August 2019, the BJP-led government in New Delhi decided to: (a) divide up the state into two parts (Jammu and Kashmir and Ladakh) (b) converted the two parts of the state into Union territories and brought them directly under the Union home ministry, and c) most importantly, read down Article 370 of the Indian constitution, thereby effectively rendering the special status accorded to the erstwhile state null and void.

But today Islamabad is signalling, albeit in a roundabout way, that it is willing to make major ‘concessions’ on Kashmir which I will come to in a minute.

One key reason behind its current willingness to make ‘concessions’ on Kashmir is the unfolding situation in Afghanistan. Post-American Afghanistan is turning out to be a mess even for Pakistan – a less than clean takeover of Kabul by the Taliban (which looks very unlikely) would make life difficult for Pakistan. A civil war in Afghanistan, refugees flocking to Pakistan’s borders, an unfriendly Ghani regime, down but not out, and a Taliban that is looking for more friends in the region including India, is hardly good news for Pakistan. 2021 is not 1996. 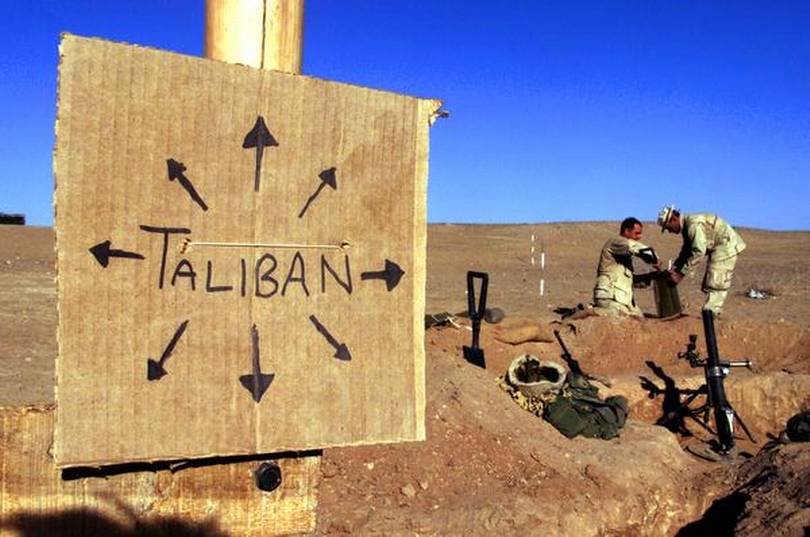 So from a strategic point of view, how Afghan geopolitics unfolds in the months ahead and how it can shape outcomes in Kabul are way more critical for Pakistan than what happens in Kashmir. Afghanistan, Pakistan knows fully well, is where it can make a difference to its advantage, not Kashmir – Kashmir is where it wants an honourable exit route. But that’s not a public position Pakistan can take – neither the political government in Islamabad nor the security establishment Rawalpindi.

What Pakistan says it wants now on Kashmir: Statehood

Let’s now return to the issue of Pakistan’s indirect offer of concessions on Kashmir to India. Article 370 is not an issue for Pakistan anymore. The Army chief has said so, and so did Yusuf to Thapar on Saturday. So while it is willing to give up on the demand for the restoration of Article 370, Pakistan continues to be unwilling to accept a key aspect of the Indian decision on Kashmir – withdrawal of statehood. Pakistan demands, as did Yusuf, in his interview to The Wire, that India should undo the decision regarding J&K’s statehood even though Pakistan has made several changes to its part of J&K or Pakistan-occupied Kashmir (PoK), and that statehood, or the lack thereof, doesn’t really affect the resolution of the Kashmir conflict between the two sides.

As a matter of fact, it’s Kashmir’s loss of autonomy that could interfere with the bilateral attempts at resolving the Kashmir issue rather than the loss of its statehood. But that thinking doesn’t seem to have taken roots in Pakistan. 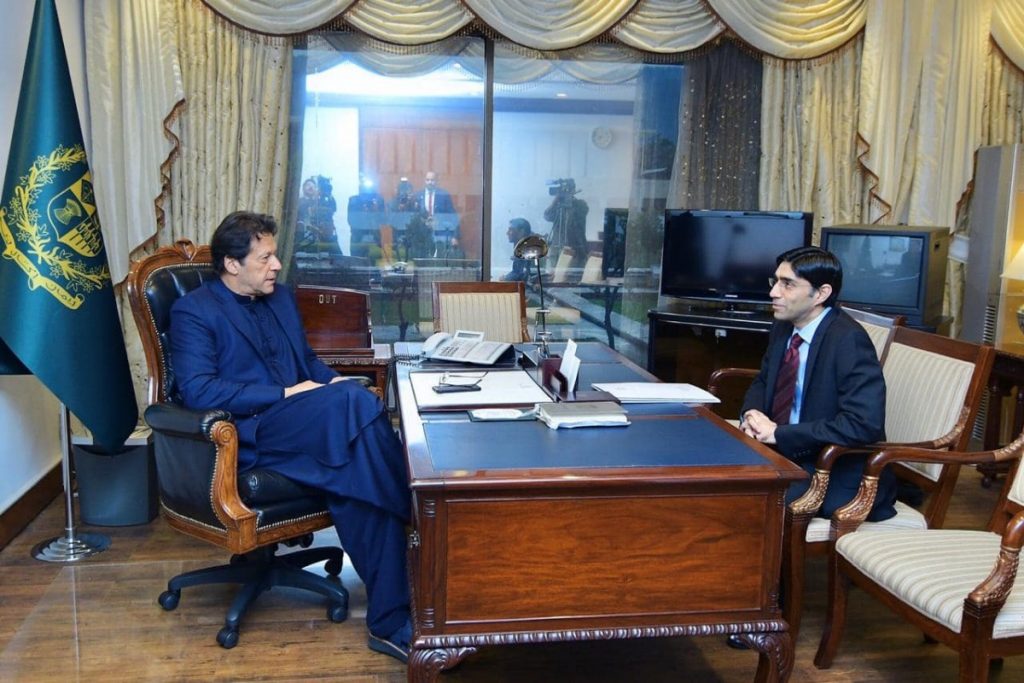 Pakistan is also upset about the ‘demographic changes’ in Kashmir which, whatever the long-term plans may be, are minuscule, at least so far. It’s curious that Pakistan is upset about ‘outsiders’ settling in Kashmir even though ‘outsiders’ have settled in PoK. What is more interesting, perhaps, is the fact that the Pakistani argumentation about the return of statehood hardly mentions Ladakh (recall that in August 2019, not only was J&K’s statehood withdrawn but the state was divided into two parts). So perhaps even the demand for restoration of statehood is more of a negotiating position – a smart one because Islamabad knows full well that New Delhi will restore statehood to Kashmir. But if Pakistan can take some credit for it, why not do so?

The other Pakistani demand, something Yusuf kept repeating throughout the interview, was human rights violations in Kashmir, prompting Thapar to offer Yusuf a reality check on how Pakistan treats its own people, and minorities. But let’s get back to the Pakistani argument about rights violations in Kashmir which has two aspects: respecting the human rights of Kashmiris and restoring their political rights. The former remains a serious issue, and whether or not Pakistan puts pressure on India, India’s own constitution requires that the human rights of Kashmiris be respected. As for political rights, they are likely to be ushered back in when ‘normal politics’ resumes in the former state – a process that may have already begun with Prime Minister Modi meeting with J&K’s political leaders, though clearly a long distance remains to be traversed.

So to recap, since Pakistan’s insistence is on statehood and human/political rights of Kashmiris (not on Article 370), what it means is that Pakistan has virtually abandoned the absolutist positions that it took in the wake of the August 2019 decisions. Given that New Delhi has also said yes to restoring statehood in Kashmir (at an appropriate time), the two positions are closer than we think.

Also read: In Modi’s Meeting With Kashmiri Leaders – Speaking Was the Deal, Listening Was Optional

If Article 370 is a non-issue for Pakistan, and there is a meeting of minds between the two capitals on the issue of statehood (minus Ladakh being reunited with J&K), and political rights are on their way back – what remains is the Pakistani demand, a genuine one at that, is that the human rights of Kashmiris must be respected. Notwithstanding the question of whether Pakistani is ‘genuinely’ interested in their human rights (eg. Pakistan-sponsored terror organisations kill innocent civilians in Kashmir), there is no taking away from the fact that rights violations in Kashmir shouldn’t be tolerated. But from a bilateral perspective, how one wishes to view adherence to human rights is also subjective. So that’s not an unsolvable issue either. 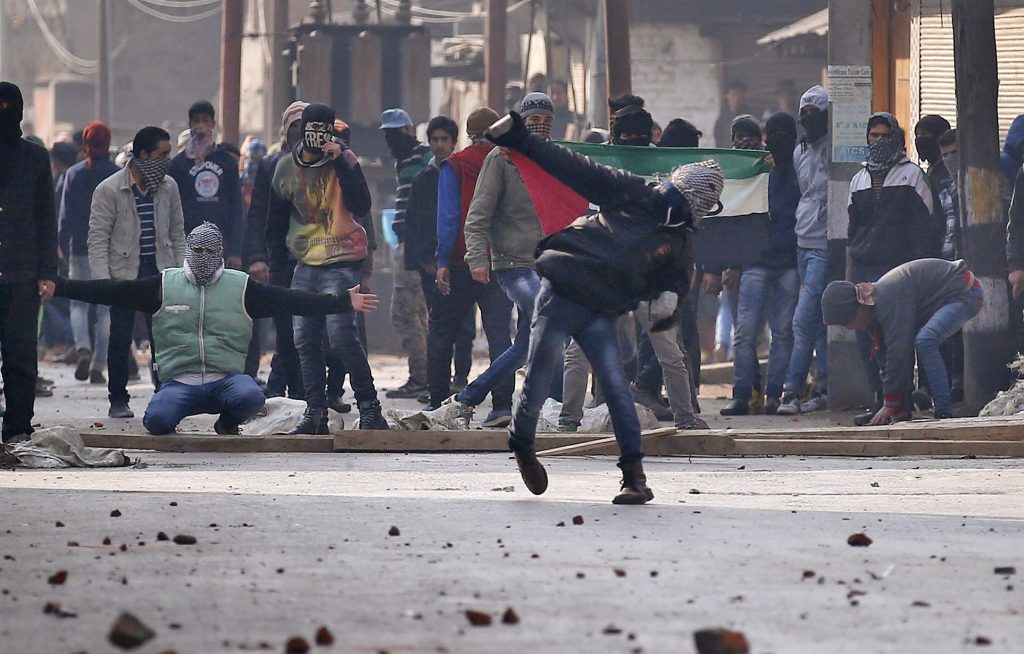 More so, of course, terrorism is undeniably a violation of human rights too. In any case, if ‘some improvements’ are made to the human rights situation in Kashmir, Pakistan might be able to accept that and come to the negotiating table.

The story so far is a happy one. But here’s where it gets complicated. While the Pakistan army and sections of the Pakistani strategic elite want to take this route of ‘compromise’ on Kashmir, it is not easy for Pakistan’s civilian government led by Imran Khan to justify it to its own domestic constituencies, even though it is a hybrid army-civilian arrangement, by far the most stable power-sharing arrangement Pakistan has ever had.

Let’s go back to Moeed Yusuf’s interview to get some perspective on this point. Pakistan’s inability to take this ‘compromise’ to its domestic audience for fear of audience costs – to use a political science term – explains the rhetorical positions adopted by Imran Khan’s NSA. ‘How can there be trade with India unless there is progress on Kashmir?’ Pakistani ministers asked, Yusuf told Thapar.

But let’s not lose sight of the carefully calibrated and smart strategy here which keeps in mind Pakistan’s domestic political requirements and the unavoidable compromises of statecraft. Here’s how it goes: adopt a polemical and morally self-righteous position on Kashmir versus India for public consumption in Pakistan while giving up on the absolutist positions indirectly.

Put differently, Pakistan is following a dual strategy on Kashmir: be on the offensive on Kashmir rhetorically while revising the policies that it adopted post-2019 August. That works, provided the opponent/interlocutor is able to read between the lines for eventually the substance will prevail over the polemics. Yusuf is a smart man: armed with a PhD in political science, he is putting into practice the good-old textbook lessons of tough bargaining even while being on shaky ground.

New Delhi, in the mean time, needs to be patient, recognising that the rhetorical positions adopted by Pakistan are mostly for domestic signalling. The fact that New Delhi is not responding to this probably means they have understood how this will unfold.

Also read: Is the Violent Endgame in Afghanistan Leading up to a New ‘Great Game’?

Apart from Kashmir, Yusuf also repeatedly accused India of sponsoring terror inside Pakistan; it is a different matter that he hardly produced any evidence when Thapar pressed him for evidence. Yusuf refused to take the bait. But Yusuf’s high-pitched accusations against India of carrying out terror attacks inside Pakistan is also another smart strategy. Pakistan is basically doing to India what India has been doing to Pakistan so far (terror-shaming) except that there are hardly any takers for Pakistan’s frivolous accusations in the international community. Nor is India responding to them – just the right thing to do. But Pakistan’s move is still a very smart one – deter terror-shaming by simply returning the favour.

Thapar tried to get Yusuf back on the potential next steps for normalising the bilateral relationship, but to no avail. The Pakistani cabinet wants no trade with India unless Kashmir is resolved – he seemed to suggest. The reality is that Prime Minister Imran Khan was overruled by his own ministers – but it is a smart argument to make, which Yusuf did, that the possibility of trade with India was sacrificed due to concerns about human rights violations in Kashmir, and that this is how democratic decisions are made in democratic countries! Sure, but a prime minister being overruled by his own cabinet is a bit more than just ‘democratic process’.

To sum up, Pakistan is trying to adjust to the unfavourable (and seemingly unalterable) fait accompli that it faces in Kashmir; but it is a;sp forced to engage in a great deal of domestic signalling before it can engage in talks with India.

Until this process reaches some kind of equilibrium, India should stick to its current approach of not allowing itself to be provoked by strong statements and rhetoric from across the border.

Happymon Jacob is a professor of political science at Jawaharlal Nehru University and anchor of Natioanl Security Conversations, an interview series at The Wire.