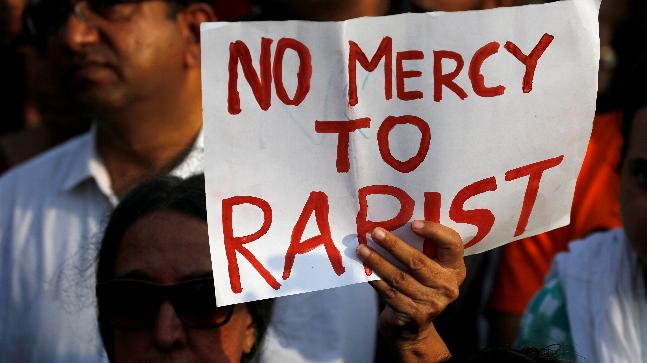 The way the Unnao Case was handled where accusations are on a BJP MLA that a teenage girl was gang raped is show of the poor police and civil administration in the state. It also shows how the poor and weak are treated in the country by protective institutions like police and civil administration. Now the probe has been handed over to CBI which is in the process of interrogating the accused politician. CBI has registered cases against the BJP MLA Kuldeep Singh Sengar. MLA in his defense says that the case is fabricated against him. NHRC on 10th April had taken ‘suo motu cognizance of media reports about the mysterious death of the father of a rape victim who was in judicial custody in Unnao, Uttar Pradesh.The Commission had also observed that the allegations, if true, raise serious issue of violation of human rights of the victim family’. In the recent development on Friday Allahabad High Court took a serious view of the case and directed the police to arrest the accused MLA Sengar. HC has also asked to produce a status report by 2nd May. CBI had taken MLA yester night for interrogation now the stringent orders of HC have brought MLA under the real position where he should have been earlier.

The events of incident are highly complex as there was significant delay in nabbing the MLA though complaint was against him. UP Government had formed a SIT and UP High Court was clearly dissatisfied on the issue and had stated that law and order had collapsed in the state. When the case came into limelight since then police appeared as having a biased stand, in spite of several laws in support of women of the country, instead of arresting accused MLA, it was father of the victim who was taken into custody and he died there. There were accusations on brother of MLA too for involvement in the case. There are several laws for the protection of women and girls in the country but these are implemented with discretion by Police when cases are against any political person and that too if accused belongs to the ruling party.

Same happened in Unnao case where victim had already complained but the real accused was not caught but father of victim was to pay price by losing his life. This approach violates constitutional mandates. Article 14 explicitly states about equality before law and equal protection by the law but sad story is that in country like India the institutional development is quite weak. Police is an institution in the hands of state politicians and it is often observed that police behaves according the wishes of the political party and leader in power. Thereby the lofty talks about human rights are lost and constitutional norms are placed aside. The Unnao case highlights that there is strong need to make police independent from the political influences. Supreme Court has already passed order on the independence of police but it still remains a dead letter word.

The case also shows that court often has to take the role of the administration. The judicial activism of court is result of the weak governance. There is a deep malaise prevailing in the country. For this reason courts in the states and Supreme Court have come forward to deliver the right administrative action to the people of the country. Is this the right way to run administration that some institutions are forced to run in right way when courts intervene. The strictures of Uttar Pradesh High Court is reminder of the fact that institution of police which had already failed is now becoming a painful institution for the common people when it develops close relations with the political power then it is hard for simple, common and vulnerable section to protect themselves. Unnao rape case is glaring example of it. In the background of these sad realities the ideas of MK Gandhi need to be taken note of, writing in Harijan on 1st September1940, he wrote-,”nevertheless, I have conceded that even in a non-violent State a police force may be necessary. This, I admit, is a sign of my imperfect Ahimsa. I have not the courage to declare that we can carry on without police force as I have in respect of any army. Of course, I can and do envisage a State where the police will not be necessary. But whether we shall succeed in realizing it, the future alone will show. The police of my conception will, however, be of a wholly different pattern from the present-day force. Its ranks will be composed of believers in non-violence. They will be servants, not masters of the people. The people will instinctively render them any help, and through mutual co-operation they will easily deal with the ever-decreasing disturbances. The police force will have some kind of arms, but they will be rarely used, if at all. In fact the police men will be reformers. Their police work will be confined primarily to robbers and dacoits.”

But in the age of political rhetoric, practice of unethical values, prized nexuses who listens our father of nation. PM is a sensitive man and he talks about Gandhian values, now he should come forward and implement Gandhian ideas about police. The first step will be to implement the SC order on police reform.